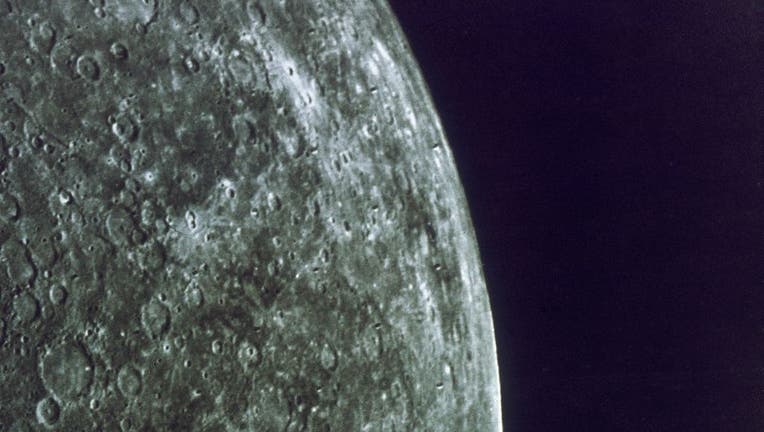 The surface of Mercury, as photographed by the Mariner 10 craft, circa 1974. (Photo by Space Frontiers/Hulton Archive/Getty Images)

On Sunday, the planet Mercury will be at the furthest distance from the sun — known as its greatest elongation — during its October-November morning apparition, according to In-The-Sky.org.

The website defines an object’s apparition as "a period of weeks or months during which it is visible in the night sky."

They also said because Mercury is so close to the sun, it’s often lost in the sun’s glare. However, it’s visible during its apparition which occurs about every three to four months, taking place alternatively in the mornings and evenings.

The spacecraft snapped 89 images of Venus from cameras on the craft’s Mercury Transfer Module.

The next greatest elongation is scheduled for January during the planet’s evening apparition.

There’s continued fascination with the planet closest to the sun.

Earlier this month, a joint European-Japanese spacecraft got its first glimpse of Mercury as it swung by the solar system’s innermost planet while on a mission to deliver two probes into orbit in 2025. After swooping past Mercury at altitudes of under 125 miles, the spacecraft took a low-resolution black-and-white photo with one of its monitoring cameras before zipping off again.

The joint mission by the European agency and the Japan Aerospace Exploration Agency was launched in 2018, flying once past Earth and twice past Venus on its journey to the solar system’s smallest planet.