LiveNOW From FOX's Regina Gonzalez speaks with political analyst Mike Haridopolos on the Biden admiration's handling of the border crisis. This comes on the heels of the Department of Homeland Secretary Alejandro Mayorkas admitted that the vast majority of Haitian migrants who crossed the southern U.S. border in recent weeks have already been released into the United States, and it is possible that more will follow them.

The trucks stopped at a military checkpoint Thursday night on a highway between Ciudad Victoria and Monterrey in the northern state of Tamaulipas. The state public safety agency said Friday that four suspects were arrested.

Among the migrants were 564 Guatemalans, as well as migrants from Honduras, El Salvador, Nicaragua and Belize. More than half of those aboard the trucks were children, nearly 200 of them not accompanied by an adult. 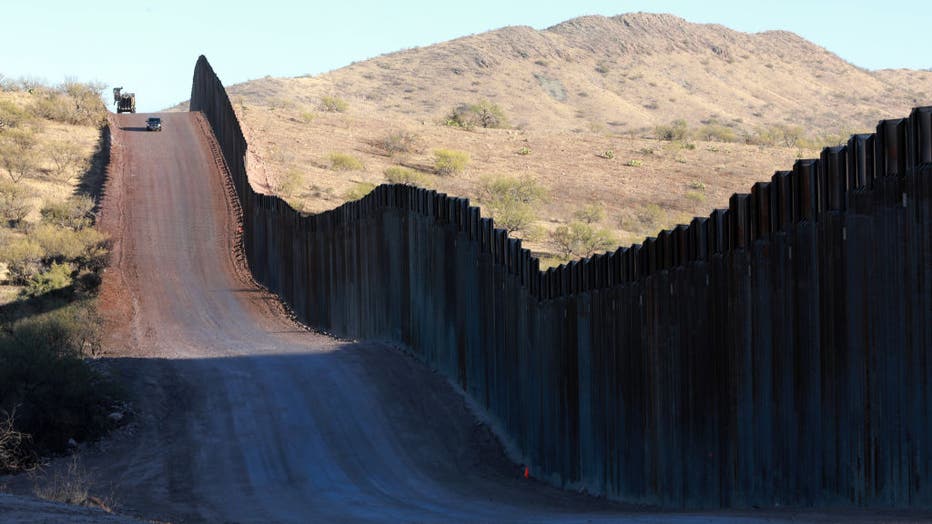 Construction continues along the border wall with Mexico championed by President Donald Trump on Jan. 12, 2021 in Sasabe, Arizona. (Photo by Micah Garen/Getty Images)

Authorities said the trucks’ journey appeared to have started in the central state of Puebla and they were trying to reach Monterrey, a key transportation hub for reaching various points on the U.S.-Mexico border.

The trailers were padlocked, forcing authorities to move them to state police facilities to cut them open. The Red Cross said that 40 migrants were evaluated for dehydration and malnutrition.

Tamaulipas is a popular route for migrant smuggling, being the closest border state for Central American migrants.