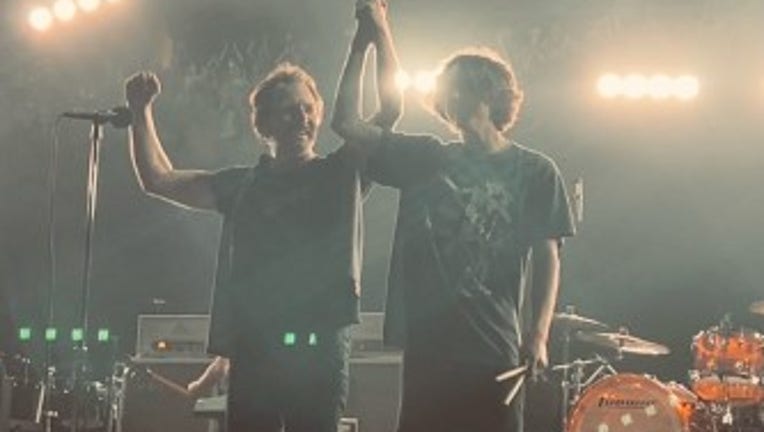 OAKLAND, Calif. - A Mill Valley teen musician has proved that taking chances, putting yourself out there, and not letting a rare opportunity pass by, can pay off in the most remarkable and unimaginable way.

On Friday, Tamalpais High School senior Kai Neukermans got an experience he’ll never forget when he got to rock out with legendary band Pearl Jam at the Oakland Arena. The band had found itself on its North American tour without its drummer, Matt Cameron, who tested positive for COVID-19, and Neukermans, an accomplished drummer in his own right, got to step in.

The 18-year-old had seen Pearl Jam in Southern California earlier this month. Then, when the tour made its way to the Bay Area, word got around that Cameron was out because of COVID. Those who knew the teen suggested he reach out to the band and offer to play as a drummer substitute.

"It was a last-minute thing, and I didn’t think it was going to work out," Neukermans told the San Francisco Chronicle.

The teen used his connection to Vedder’s daughter, Olivia, whom he had met at Ohana Fest at Dana Point in 2018. The daughter agreed to present the offer to her famous father.

"The next day around noon, Olivia told him to send a video of him playing a Pearl Jam song, and it was worth a shot," the drummer's dad, Stefaan Neukermans, told KTVU. "So he went to the music school in Pacifica where he takes lessons, and he worked on the song and recorded it there and sent it."

He had to ditch the rest of class, with the permission of his parents, to get it done.

On Instagram, the teen’s own band The Alive, shared a little on how it went down saying, "Kai skipped class to learn MYM for @pearljam yesterday."

The song that he learned and sent over was "Mind Your Manners" (MYM) from Pearl Jam’s 2013 Lightning Bolt album. And his performance made an impression. The band wanted him on stage that night with them.

"I don't know any other band that would do that," the teen's dad said. "It's insane!"

His son ended up being one of a few rotating drummers subbing for Cameron, including veteran musicians Josh Klinghoffer, formerly of the Red Hot Chili Peppers and now with Pearl Jam, and alternative rock drummer Richard Stuverud who lives in Oakland.

When the moment arrived for Neukermans to step onto the stage, there was a lot of love in the arena for the young performer. Vedder introduced Neukermans, telling the audience, "This is very exciting for us. I saw this group play called ‘The Alive,’ and they just blew my mind. They’re pretty young for how hard they can play and how much impact they had."

Vedder went on to credit his daughter for bringing the local band to his attention, and said, "We reached them this afternoon. He hasn’t graduated high school yet," the singer said. "Please welcome to the stage Mill Valley’s own Kai Neukermans!"

The teen was received with a swell of local pride from the audience which wildly cheered him on as he made his way to the drum set.

The applause got louder as Vedder pumped up the crowd even more and gave the young drummer the nod to take the lead.  "Everybody this is Kai. Kai this is everybody!" Vedder called out. "We’re ready when you are. You're leading the band, brother," Vedder said.

Neukermans did not show an ounce of nerves and embraced the moment. He confidently slapped his sticks four times to set the rhythm, got the band going and then just rocked out. 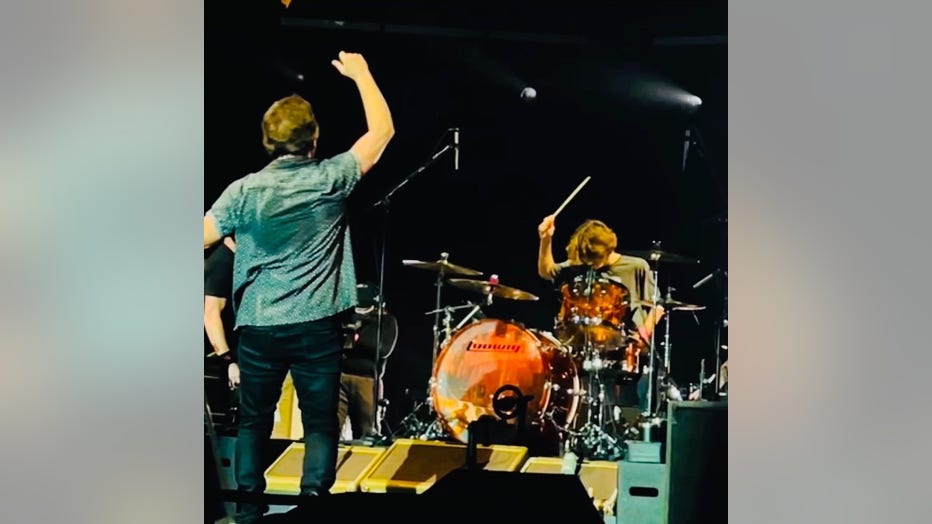 He engaged with the veteran musicians throughout the song, got Vedder hopping across the stage, and when the song was over, the band congratulated him with high-fives and hand shakes before the young drummer made his way to the front of the stage next to Vedder to take a bow in front of the wild, raucous crowd. 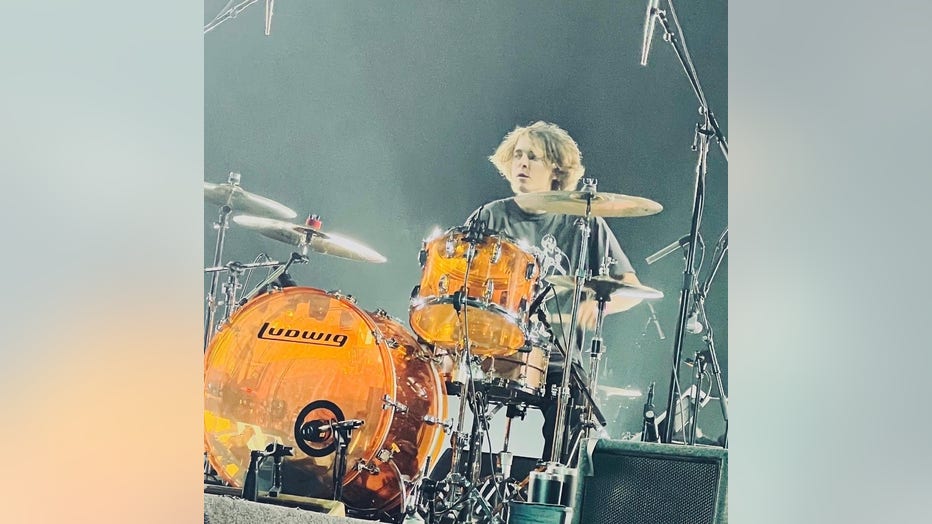 "It was a magical moment," Stefaan Neukermans said. When asked how his son was able to keep so poised and confident, the dad noted that while this was an unbelieved experience, Kai and his band, which was also made up of his younger 14-year-old son, were experienced performers having played on large stages and festivals. In fact, The Alive was set to perform at Bottle Rock in Napa later this month.

"But this was exponentially crazier with the crowd of 20,000 people," the dad said, adding, "to be back stage rehearsing with those guys, jumping in on the major bill like that… he was nervous and was really happy."

By Monday, word of this incredible experience would get around and those at his school and in his community would be celebrating with the teen.

Full of pride, Tam High shared video of the performance on social media and tweeted, "Wow! Our very own Kai Neukermans takes the stage with Pearl Jam on Saturday!"

With just a few weeks left before graduation and as Neukermans’ high school years draw to a close, there’s no doubt this would be an unforgettable moment in the life of this young Bay Area musician who dared to take a chance, go after an opportunity and truly put it all out there.