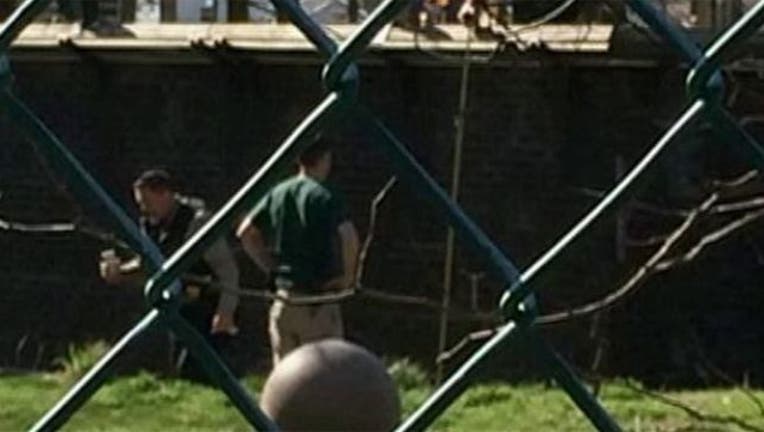 FoxNews.com -A toddler fell into the cheetah pit at a Cleveland zoo Saturday afternoon after his mother dangled him over the railing and he slipped out of her grasp, authorities said.

Zoo officials said the cheetahs never approached the boy, 2, or his parents, who jumped in to rescue him.

Fox 8 in Cleveland said the boy injured his leg. The station said the mother would be charged with the crime of child endangerment.

The near tragedy at the Cleveland Metroparks Zoo horrified witnesses who heard screams after the boy slipped out of his mother's grasp and fell 10 feet.