The American Academy of Pediatrics reports more than 2,800 children are treated for swallowing button batteries each year.

A Texas mother is advocating for legislative action and warning other parents after her 17-month-old toddler died last month from swallowing a button battery, which eroded while inside her body.

On Oct. 31, Trista Hamsmith noticed her daughter, Reese, was wheezing. Thinking she had a cold, Hamsmith took Reese to the pediatrician, who diagnosed the toddler with croup, an infection in the upper airway that’s commonly seen in children, according to the Mayo Clinic.

The family returned home with the toddler and noticed the next day that a button battery was missing from a device used to find a remote.

Hamsmith then took Reese to the emergency room, suspecting her daughter may have swallowed the tiny battery.

"They did an X-ray and confirmed within like 30 minutes that it was in there," the mother told FOX Television Stations on Tuesday.

Hamsmith explained that a later CT scan showed that Reese had a hole in her esophagus and trachea.

For the next several weeks, Reese spent time in and out of doctors’ offices and hospitals while being on medication to treat her symptoms and inflammation. But the little girl didn’t get better.

"The autopsy report came back of complications from a button battery ingestion," Hamsmith said. 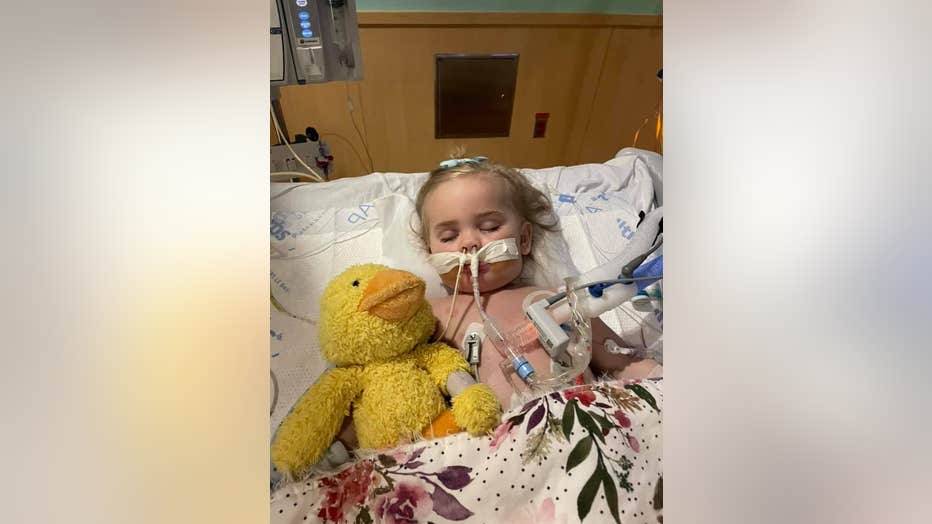 "She was a spitfire," the mother described about her daughter. "Spunky. Sassy. Lit up the room. She knew when she walked into a room that everyone was looking at her."

"It hasn’t been easy," she continued. "There’s lots of tears and lots of breakdowns. Lots of leaning into the Lord."

Now, the mother wants new laws and safety regulations to be put into place to prevent what happened to Reese from happening to any other child.

"I don’t want to see this happen to other families and other children," she said.

Hamsmith said she’s advocating to change the laws to require screws on devices that contain compartments for button batteries. She also wants companies to make batteries chemically less harmful in case of ingestion.

RELATED: A Christmas warning for parents about dangers of toy batteries

She has also started a Facebook page, "Pray for Reese Hamsmith" and Instagram page to periodically send out educational materials to other parents and medical personnel to help correctly diagnose the problem in sick children.

The American Academy of Pediatrics reported more than 2,800 children are treated each year after swallowing button batteries.

The academy advises if parents suspect their child has swallowed a battery, they should rush the child to the emergency and give 2 teaspoons of honey to a child who has ingested a button battery within the past 12 hours, as long as they are over age 12 months and can swallow liquids.