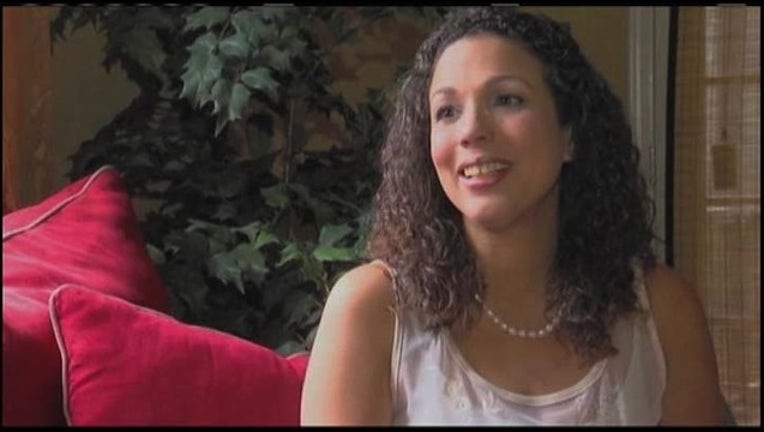 BIRMINGHAM, Alabama (KTVU and wires) – A mother's disappointment over her teenagers behavior during an airing of "Cinderella" at a local theater has triggered a fairy tale ending.

Rebecca Boyd's family was facing difficult times, her husband had recently lost his job and there were some tough times ahead.

But she wanted to treat her young daughter to the movie while she could. Unfortunately, the March 27th trip was interrupted by a pair of noisy teenage girls in a nearby row.

As she exited the movie theater, she scolded the girls and thought it would end there.

But when the teens got home, the girls' brother told their mother about the incident. The teens' mother who is also a step mother to one of the girls took to Facebook in hopes of finding Boyd.

Her post read in part – ""My son later told me, much to my humiliation and embarrassment, that my girls were rude and obnoxious during the movie. The woman I'm looking for addressed them and asked them to be quiet and they were disrespectful. After the movie she approached my girls and told them that her husband had been laid off and this was the last movie she would be able to take her daughter to for a while and my girls ruined that for her."

"My husband and I are having them write and apology letter tonight," she continued in her post. "We would like to pay for your next movie out of their allowance"

It read in part -- "I am the mom from the movie theatre. I had taken my daughter to see Cinderella...I was very upset and disappointed in the girls behavior...the note from their mom brought me to tears and shows there is still good people in the world. I have no hard feelings towards them and I am proud of their parents. The girls are not not bad...they are children. Glad they are learning a lesson. I hope if my teenagers are out and they act up...I hope someone says something to them."

The post on the sheriff's Facebook page has gotten over 240,000 likes and among then comments have been offers to help Boyd's family.

The incident has had an ending worthy of a "Cinderella" tale.