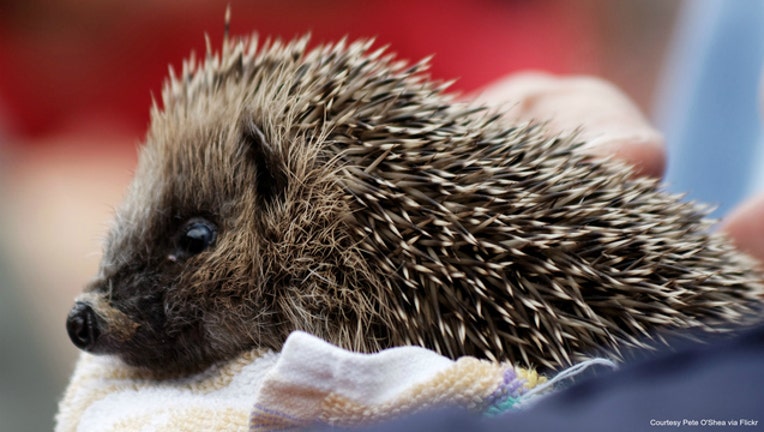 NEW YORK (FOX 5 NY) - Six more people are ill from Salmonella after contact with pet hedgehogs in a multi-state outbreak of the bacteria, the CDC reported on Friday.

Three states have been added to the list including Iowa, Virginia, and Washington.  Two people were hospitalized and no deaths were reported.

The outbreak strain of Salmonella Typhimurium was identified in samples collected from three hedgehogs in two ill patients’ homes in Minnesota. The patients were all interviewed and 91% reported that they had been in contact with a hedgehog.

Hedgehogs can carry salmonella even if they appear healthy. The CDC says you should never kiss or snuggle hedgehogs.

A common supplier of hedgehogs was not identified. Ill people reported buying hedgehogs from various sources, including pet stores, breeders, or online, said the CDC.

People infected with Salmonella develop diarrhea, fever, and stomach cramps 12-72 hours after being exposed to the bacteria. The illness usually lasts four to seven days, and most people recover without treatment.

If you have a pet hedgehog, the CDC recommends you not kiss or snuggle it.

Hedgehogs can carry Salmonella in their droppings and can easily spread the bacteria to their bodies and the areas where they live.