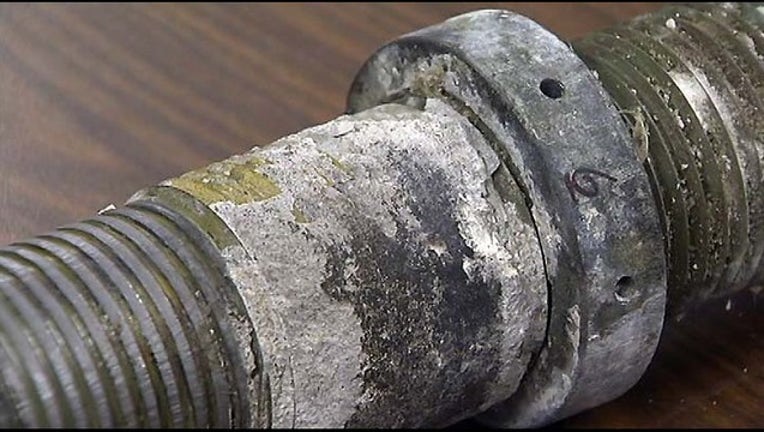 SAN FRANCISCO (KTVU) – More than 400 of the steel rods supporting the eastern span of the Bay Bridge have passed a series of new seismic tests, Caltrans officials announced Wednesday.

The project's chief engineer Brian Maroney said seismic pull tests on the remaining 12 rods that are reachable would be completed this week.

Maroney said suspicions were raised when ultrasonic tests conducted in April showed that one of the rods was shorter than the other 25-foot rods. So he decided to order a new round of tests.

"After one rod was soft, I immediately called my boss (and said) I think it's appropriate to pull every one of the rods," he said. "I wanted to undertake an earthquake proof test."

Maroney said the test was set to the stresses of the worst possible quake.

The bridge engineering team was also putting together "a thorough history of the rods" from manufacture to installation.

"No stone is being left unturned," he said. "We are going to understand every step of the way of what happened with these rods."

Meanwhile, crews have removed the anchor rod and it will be sent to a laboratory for microscopic testing of the stripped threads and fracture area.

But he said further testing was needed to see if there was a much larger problem.

"It's too early to make any judgements," Maroney said. "Let's do the proper engineering and science. Let's stay calm. Let's evaluate it and once we evaluate it, we'll consider what to do."

He said if it was only one rod, it was not of too great a concern.