Mosquito Fire explodes, one of 17 wildfires burning in California

This week alone, California has seen 10 new wildfires that began burning, including the Mosquito Fire in El Dorado and Placer counties. Firefighters are facing some tough conditions as the blaze is out of control and zero-percent contained.

San Francisco, California - With 17 wildfires burning around the state. Calfire has its hands full and the fires keep coming. We've had 10 new wildfires week alone, the biggest being the Mosquito Fire. The still out of control fire is in high mountains, crossing from one county to another, with western Lake Tahoe 40 miles ahead of it.

After exploding in the last day, it has doubled in size to some 30,000 acres, the size of San Rafael and Sunnyvale combined. Though the extreme heat is leaving the Bay Area, it will still be in the 90s to more than a hundred degrees in that high region.

Even though cooler weather is on the way to that area, it presents another severe complication for firefighters: wind. Many trees, most still standing, are dead.  "Those trees, actually if the needles are still on the trees, they can torch, burn in a big flame and then throw that ember cloud downwind," said UC Berkeley Wildfire Research Scientist Professor Scott Stephens. 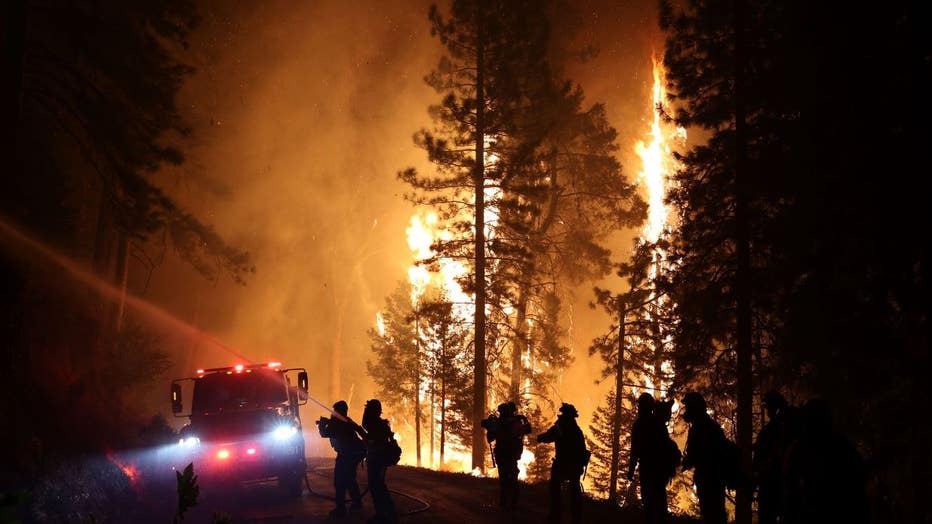 The 85-year-old UC Berkeley Blodgett Forest Research Station was apparently partially consumed by the fire. "We don't know if the whole area is burned, Initial reports says a lot of structures we have actually survived," said Professor Stephens.

The station's survival is very likely due to research center work. In several large test forest, 50 to 70 acres each, researchers perform prescribed burns, thinning of smaller vegetation and debris removal down to the soils. "Had they been 500 acres each, a thousand acres, no doubt they would moderate fire behavior," said Stephens.

The most grave reality with the northern Sierra: the drought is killing astonishing number of trees, turning them into super fuel for mega-fires. "If we continue this drought another year or two, I think we have a chance of doing 100 million trees easy in the northern Sierra," said the professor.

As of Friday morning, California has lost less than 300,000 acres so far this year, as compared to 2.3 million acres up to this point last year; a remarkable accomplishment so far.