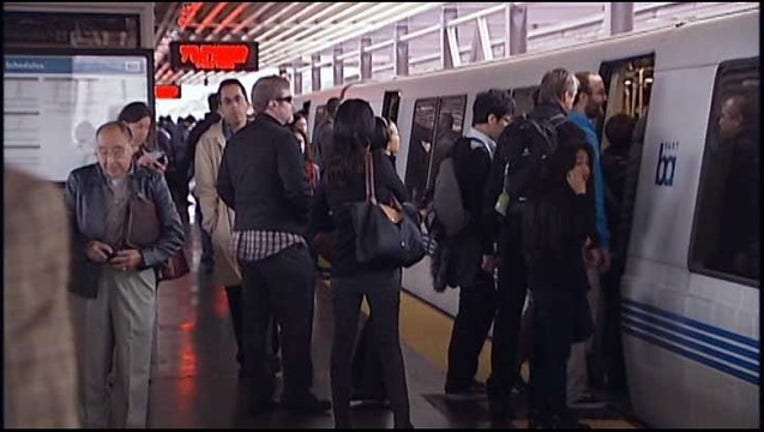 Lafayette, Calif. (KTVU and wires) – While most BART riders can adjust their morning commute times to avoid jammed packed trains, many say the ride home at night can be claustrophobic and uncomfortable.

Jay Dean is among the more than 400,000 Bay Area commuters who take BART each day and finds that an early arrival at the station is an easy way to avoid being jammed into an overcrowded passenger car.

"If I'm here early, it's not so bad," he said standing on the platform of the Lafayette BART station. ""If I get here a little later, it's packed."

But it's his ride back to his Lafayette home in the evening – at the height of rush hour -- that he often dreads.

"Coming home when it's packed is just brutal," he told KTVU.

"We (she and her husband) try to get here before 7:30 a.m. otherwise it's so crowded on this platform (At Lafayette) that it is a little nerve racking," she said.

At night, Ungles said, if she has had a tough day at the office, she will "back ride" -- take a train heading to a station in the opposite direction and then transfer onto an East Bay bound train.

"We back ride when we leave from the city back to Lafayette," she said. "I usually go to 16th St (and Mission in San Francisco) so I'm assured of a seat if I've had a really bad day."

BART passenger cars will sit on average 60 people meaning that at rush hour there could be 80 or more people standing in the aisle and in front of the doors.

Those 80 people have a personnel space of about 3.9 square feet to stand in.

While help to ease the conditions in the form of new cars for the antiquated system may be on the way in the future, there is little relief in sight for riders in the short term.

BART spokeswoman Alicia Trost said 10 new cars will arrive this and be tested for about a year without passengers. They are schedule to go on line in September 2016.

During 2017, 44 cars will be delivered and pressed into service after a month of testing. New cars will continue to arrive through 2021.