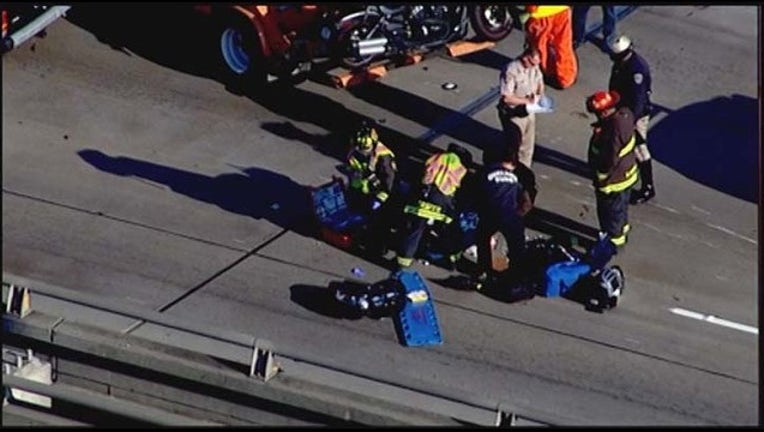 OAKLAND, Calif. (KTVU) – A motorcyclist was injured and three westbound lanes were blocked early Tuesday on the Highway 580 approach to the Bay Bridge, slowing the commute into the city, authorities said.

According to the California Highway Patrol, the crash between a car and a motorcycle took place at 7:32 a.m. near where Highway 580 and Highway 80 merge.

Several emergency vehicles responded to the crash, blocking three of the five lanes on the busy freeway.

There was no estimate as to when the accident would be cleared.