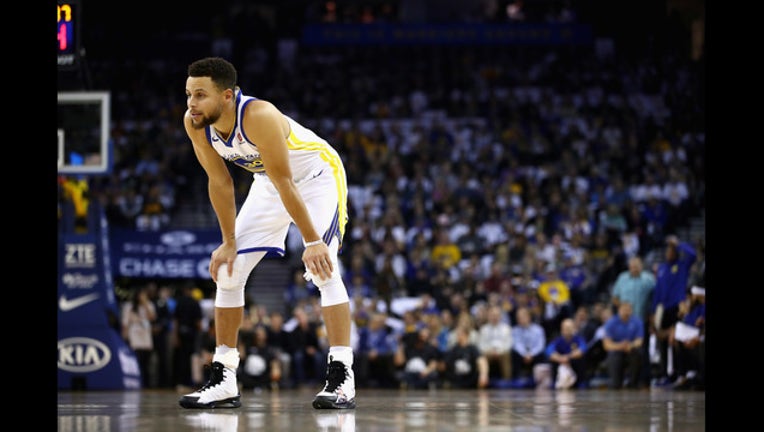 Stephen Curry suffered a Grade 2 MCL sprain in his left knee during Friday's win over the Atlanta Hawks. He will miss at least three weeks. (Photo by Ezra Shaw/Getty Images)

Curry is due to be re-evaluated in three weeks. The diagnosis keeps the door open for a return come the start of the playoffs, which should come as sigh of relief for fans.

Curry was in his first game back after a right ankle injury sidelined him for six games before JaVale McGee landed on his leg in the third quarter.

McGee was going for a rather reckless block attempt before coming down on Curry, who hobbled around the court before leaving the game.

Curry had 29 points at the time.

This is the latest addition to the team’s struggles with injured All-Stars. Kevin Durant, Draymond Green and Klay Thompson have all missed games due to injury recently.

Warriors (54-18) are four games behind the Houston Rockets (58-16) in the Western Conference standings. They have a comfortable 14 game advantage over the third place Portland Trailblazers (44-28) with 10 regular season games remaining.