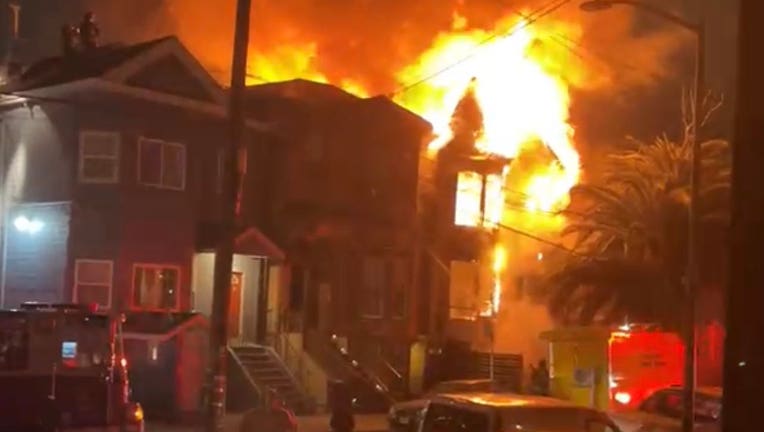 The fire broke out on the 800 block of 20th Street. The Oakland Firefighters @OaklandFireLive Twitter account first posted about the blaze at 10:13 p.m. At least three residences were damaged.

50 firefighters responded to the well-involved blaze that jeopardized adjacent buildings. Crews inside the primary burning building had to be pulled out, the department said. Oakland Fire Department said there were no injuries.

Firefighters said they were making progress when it was at 2 alarms, but by 10:30 p.m. a third alarm was requested. Video shows the residence fully engulfed in flames.

Crews are still on the roof to address hot spots on the building next door.