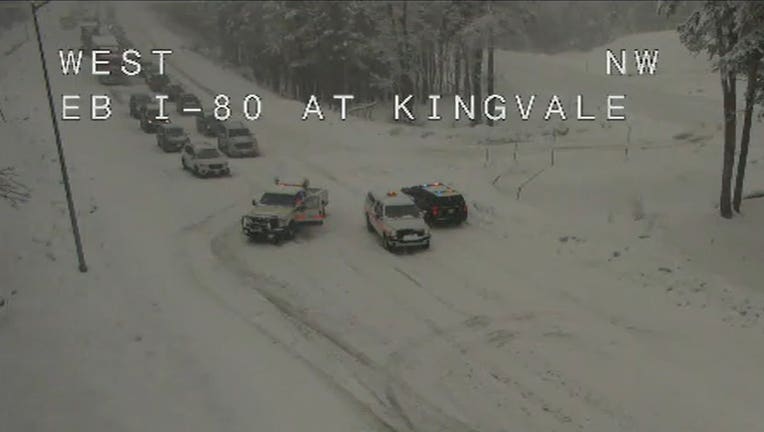 Traffic on I-80 Eastbound at Kingvale has been put on hold due to multiple spinouts. (Photo Credits: CalTrans)

KINGVALE, Calif. - All traffic on I-80 in the Sierra area has been put on hold due to multiple spin-outs, Caltrans announced on Twitter Saturday morning.