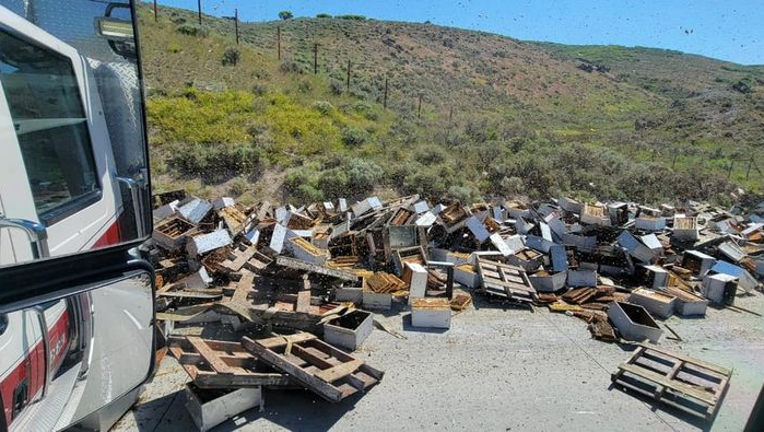 PARK CITY, Utah - At least two people are being treated for multiple stings and injuries after a semi-truck carrying 200 beehives lost its load when rolling over on a Utah highway.

Authorities haven’t released where the truck was coming from, going to or how the accident occurred.

"Millions of bees are estimated to be loose in the area," authorities posted on Facebook. "Local beekeepers are working to recover as many bees as possible."

Crashes involving beehives are uncommon but not unheard of in some cities.

In August 2021, a truck hauling bee hives crashed and overturned along a northern Michigan roadway, unleashing a big swarm of bees. The sheriff said he was told that upwards of 50 million bees were in the truck's load of bee boxes when it crashed about 260 miles northwest of Detroit. 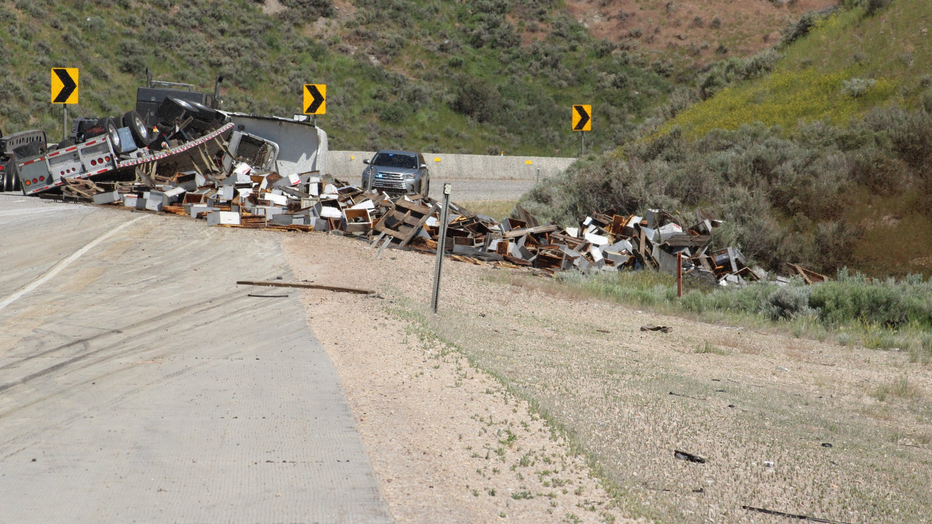 In April 2015, a semi-truck loaded with more than 40 million bees overturned on Interstate 5 in Lynnwood, Washington, sending more and more angry insects into the air. A news crew with Q13 FOX News was stung.

If you’re stung by a bee, the Mayo Clinic advises applying hydrocortisone cream or calamine lotion to ease redness, itching or swelling. If itching or swelling is bothersome, take an oral antihistamine that contains diphenhydramine (Benadryl) or chlorpheniramine. Also, people should avoid scratching the sting area. This will worsen itching and swelling and increase your risk of infection.