The arrest happened at the Napa Outlets on Sunday after witnesses said three people were going from store to store and loading large bags of merchandise into a rental vehicle. 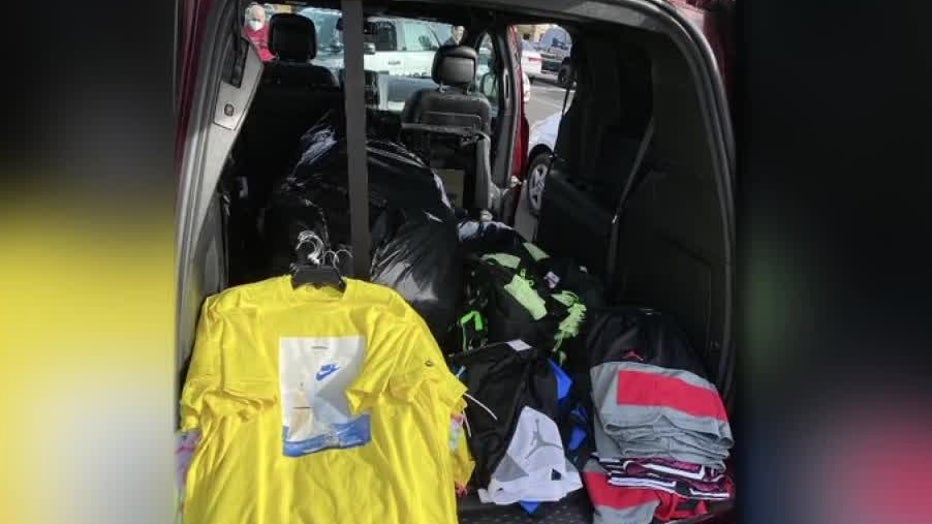 Police said they recovered $10,000 worth of merchandise after a retail theft bust at Napa Outlets.

Photos from the bust show a minivan filled with merchandise that police said was valued at more than $10,000.

Police said the theft was part of a larger scheme affecting several counties.

In December another theft operation was thwarted in nearby Vallejo, where law enforcement recovered more than $200,000 in stolen merchandise.