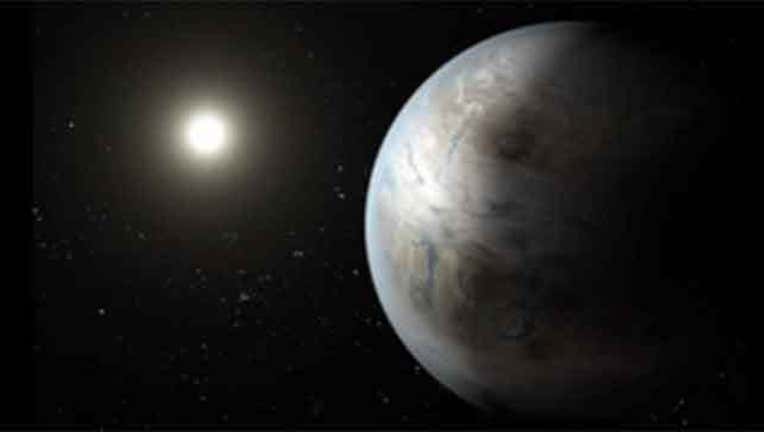 (My Fox New York) -- NASA announced on Thursday that an Earth-like planet has been spotted by the Kepler Space Telescope which is on a mission to find planets.

The Earth's 'twin' also orbits a star similar to the sun in a "habitable zone."

The planet is five percent farther from its parent star Kepler-452 than Earth is from the Sun.

“It’s awe-inspiring to consider that this planet has spent 6 billion years in the habitable zone of its star; longer than Earth. That’s substantial opportunity for life to arise, should all the necessary ingredients and conditions for life exist on this planet," said Jon Jenkins of NASA's Ames Research Center.

Kepler has discovered 1,030 confirmed planets since its launch in 2009.

"There is no bigger question," said Hawking, using a computer-generated voice to communicate. "It is time to commit to finding the answer to search for life beyond Earth."

Last week, the New Horizons spacecraft got up-close and personal with Pluto as it zoomed within 7,800 miles of the small icy world left unexplored until now.

It is as close to Pluto as NASA has ever come.