The aircraft started its 12 year journey early Saturday morning, heading towards Jupiter's orbit in order to find more secrets and clues about the history of the solar system.

The Hatch chile pepper seeds arrived at the space station on a SpaceX resupply mission in June and were promptly planted by NASA astronaut Shane Kimbrough.

Astronauts have access to a wide variety of freeze-dried and prepackages meals that they are regularly re-supplied with, but learning how to grow fresh produce millions of miles from earth will be key to longer missions. 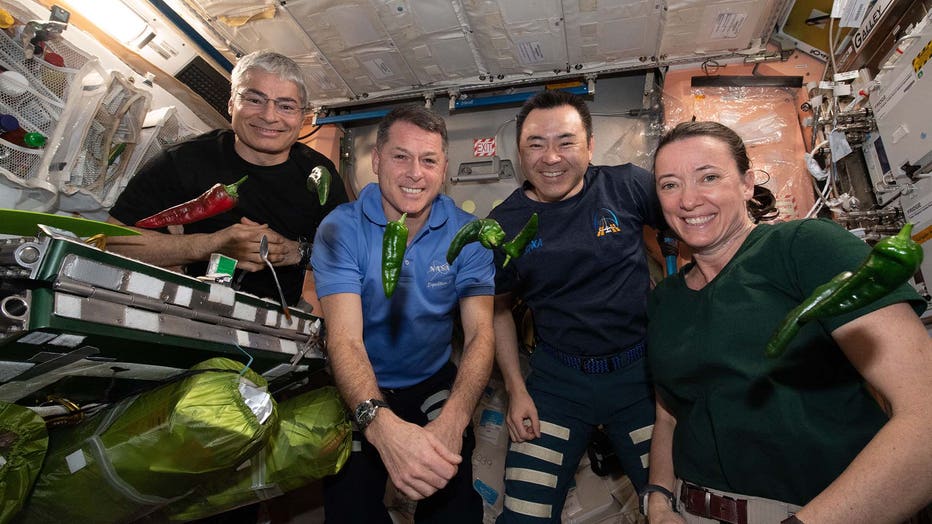 "The challenge is the ability to feed crews in low-Earth orbit, and then to sustain explorers during future missions beyond low-Earth orbit to destinations including the Moon, as part of the Artemis program, and eventually to Mars," Matt Romeyn, principal investigator for NASA’s Plant Habitat-04 experiment, explained.

"We are limited to crops that don’t need storage, or extensive processing."

Growing crops like peppers may not only be beneficial to astronauts' physical health, but their psychological health as well, according to Romeyn.

NASA astronauts planted the Hatch chile seeds in an Advanced Plant Habitat, a growth chamber outfitted with more than 180 sensors and LED lights that are controlled by a crew at the Kennedy Space Center.

A similar chamber known as the Vegetable Production System has been growing crops for about six years, including lettuce, cabbage, kale, and zinnia flowers.

A team at Kennedy Space Center planted a control group of peppers in nearly identical conditions on earth to see if microgravity and other factors in space affected the growth of the Hatch chiles.

"The spiciness of a pepper is determined by environmental growing conditions," LaShelle Spencer, PH-04’s project science team lead, explained. "The combination of microgravity, light quality, temperature, and rootzone moisture will all affect flavor, so it will be interesting to find out how the fruit will grow, ripen, and taste."