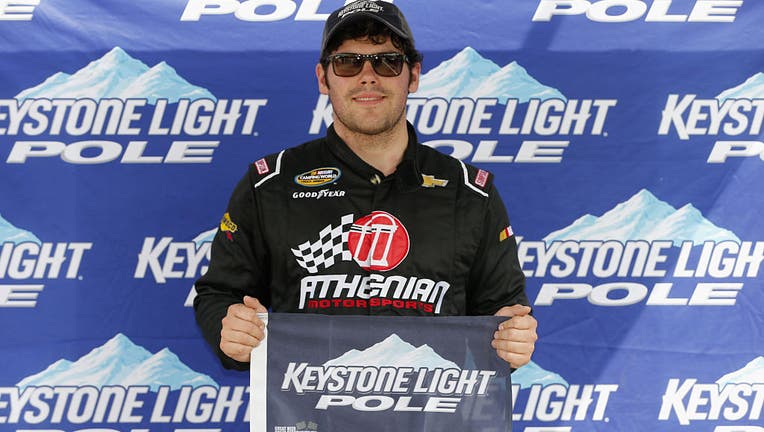 ATHENS, Ga. - A former NASCAR driver was killed Saturday in a shooting in Georgia that also wounded a woman, investigators said.

John Wes Townley, 31, died in the shooting at a home on the 200 block of Morton Avenue around 9 p.m., Athens-Clarke County Coroner Sonny Wilson told the Athens Banner-Herald.

Laura Townley, 30, was also injured in the shooting. She was taken to a nearby hospital with serious injuries but is expected to survive.

According to investigators, John Townley arrived at the home that night where Laura Townley and the suspect in the shooting, 32-year-old Zachary Anderson, were staying.

At some point, police say John Townley attacked Anderson with a hatchet, which ended with Anderson shooting both John and Laura Townley.

Police have spoken to Anderson. The shooting appeared to be related to domestic violence and that the Townleys had just had their divorce finalized that week, Athens-Clarke County police said.

No charges have been filed and the investigation continues, Barnett said.

Townley raced eight seasons and made 186 starts across the NASCAR Xfinity and Truck Series, NASCAR’s lower two national divisions. His victory in the Truck Series at Las Vegas six years ago Sunday was the only national series win of his career.

Townley drove a car owned by his father, who was a co-founder of the vehicle’s primary sponsor, restaurant chain Zaxby’s.