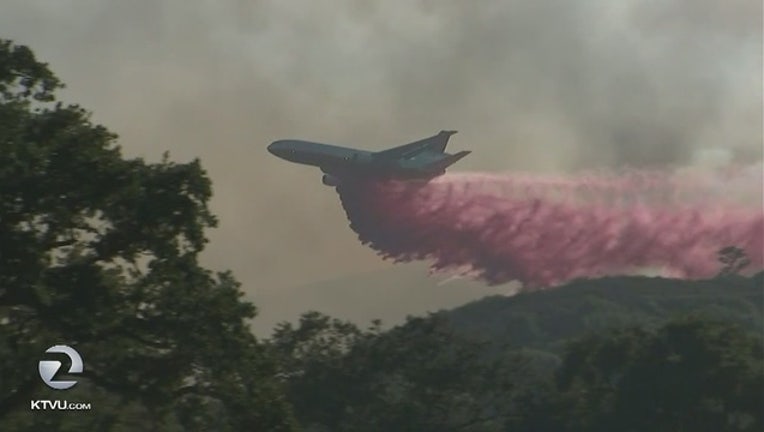 An airtanker drops retardant on the Mendocino Complex fire on Aug. 1. Days later, Utah Battalion Chief Matt Burchett died when thousands of pounds of flame-suppressing liquid came crashing down on him.

The warning in effect from noon until 6 p.m. Monday urges motorists traveling along Highway 20 in Mendocino County to be alert for possible road flooding, rockslides and debris flows.

The Mendocino Complex Fire in July blackened more than 459,000 acres , or 717 square miles (1,857 square kilometers), much of it in the Mendocino National Forest.

A cold front passing through the region Christmas Eve was bringing rain to much of Northern California on Christmas Eve and forecasts of up to two feet of snow in some mountain passes in the Sierra Nevada.

The weather service has also issued a coastal flood advisory in the San Francisco Bay Area because of "king tides," or higher than normal tides.