Netflix, the worldwide film and TV show and informational streaming service, officially announced that it lost just under one million customers in the last three months; less than half the loss it warned investors might be coming.

LOS GATOS, Calif. - Less bad news than expected and a promise to do better kept Netflix stock stable and the chance to regain its glory as the company most likely to dominate streaming services. But, it’s nowhere near out of those companies in the stock market singing the "We Need More Customers Blues."

Netflix, the worldwide film and TV show and informational streaming service, officially announced that it lost just under one million customers in the last three months; less than half the loss it warned investors might be coming.

It also announced that it expects to return to growth by selling the service for less money, but with commercial breaks. That relatively good news sent its stock up more than 5% on Tuesday, but still down 65% since the beginning of the year.

"Well once, it was the only game in town," said Tech Analyst Larry Magid who has analyzed media streaming long before Netflix ever came to be. And now, there's so much competition for your money and, for many people even more important than money: your time," said Magid. "They are still the leader, but their advantage is eroding," said 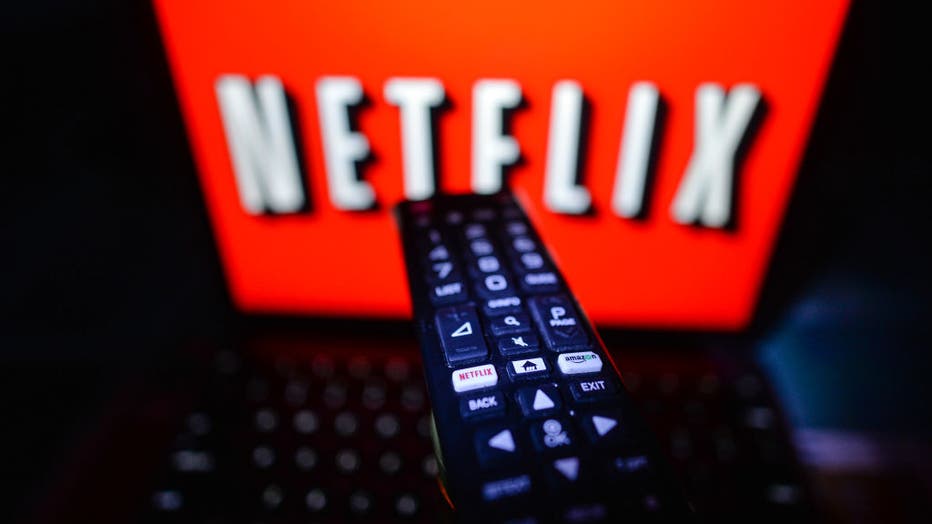 FILE IMAGE - A photo of a person about to watch Netflix on a screen inside an apartment on Jan. 13, 2021, in Dublin, Ireland. (Photo by Artur Widak/NurPhoto via Getty Images)

Professor Sylvia Chan-Olmsted, Director of Media Research and a steaming expert and the at the University of Florida. {All the competitors, they're learning from Netflix. They are learning and investing, So, they are better in competing now," said Chan-Olmsted.

The Professor says a lot of Netflix's the social "buzz" about Netflix original shows has gone to its competitors. And, many households are cutting back on the average three to five services most have. I rarely use any of them.," said Lilly Powell, who pays for 4 streaming services as well as cable, but not for long. "I'm just trying to cut back because I have so much and it just seems like clutter in a way; stuff I don't use, stuff I don't need," said Powell.

Another problem: Netflix has a limited overall appeal compared to other media empires. Disney has its own streaming service plus HBO, theme parks, theatrical films, toys and clothes. Amazon has Prime Video plus its shopping service and Whole Foods.

Nonetheless, Ron Oishi says Netflix works for him, his wife and, especially his kids. "As long as they're happy and we're happy, we'll stick with it, but it really depends on what there is and what they're offering at the time," said Oihsi.

And, talk about erosion; how about Comcast? In 2021, it lost 1.5 million customers; 8% of its cable customers and the erosion goes on.