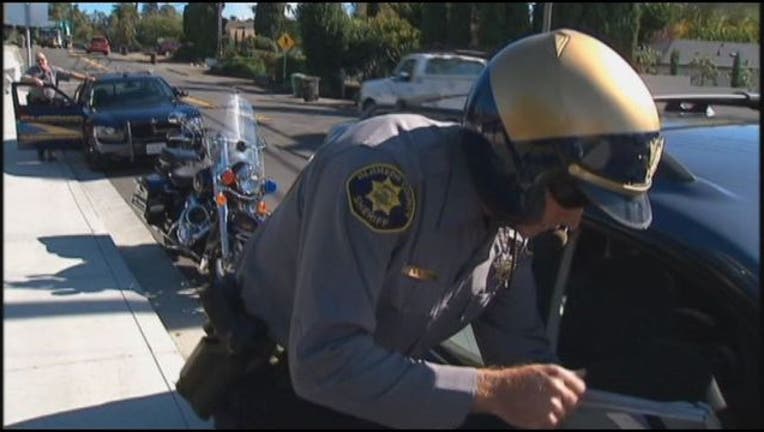 NOVATO, Calif. (KTVU) - The State Judicial Council, effective Monday, has banned traffic courts from forcing people to pay their fines up front when they plan to fight the ticket.

Many say it disproportionately affects low income people who can't always pay the fines all at once.

"Isn't there a saying you're innocent until proven guilty. I'm going old school on that," said Dia Guaraldi of Novato.

"A tiny step in a big reform that is needed," said Elisa Della-Piana, an attorney with the East Bay Community Law Center in Berkeley, an organization instrumental in bringing about the change.

"People who have enough money can pay for the privilege of getting a full hearing. And people who don't have the money can't get a hearing at all," she said.

Della-Piana says the new rule will only effect Marin County and mostly rural counties in the state, because most Bay Area traffic courts don't require up-front payments from people contesting their tickets.

But there's catch. A person must show up for their court dates or else it's pay up front.

The law center says the policy doesn't go far enough, that the state still needs to find a way to help the more than four million California drivers who have had their licenses revoked for failing to pay fines or missing a court appearance.

"If they want community service, if they want a payment plan, they want to tell the judge they can't afford the fines and want to work something out, they can't do any of that just because they missed an initial deadline," says Della-Piana.