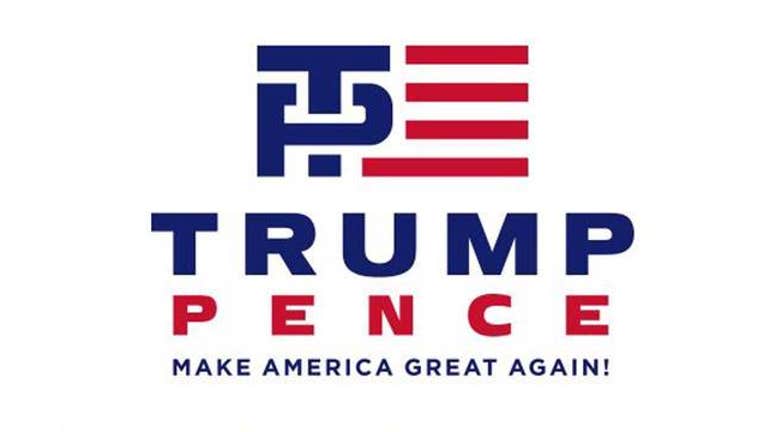 The design was immediately mocked on social media. The "T'' penetrating the loop of the "P'' below it looked sexually suggestive to some. Others made the connection to T.P. being a common abbreviation for toilet paper.

The overall effect with the typography and image is pretty obvious, said Cyrus Highsmith, an internationally celebrated designer.

"I think that it's very clear that Trump is the dominant partner in this relationship," Highsmith said between chuckles. "The only thing I can guess is that Trump wants to make sure that everyone knows that he's in charge. It's totally in line with his personality."

Other designers said it seemed amateurish.

Nancy Skolos, dean of architecture and design at the Rhode Island School of Design, called the design "fussy and overwrought," and more like a "high school doodle."

Matt Luckhurst, of the Collins design firm in San Francisco, whose work includes Facebook's M app and Airbnb's rebranding campaign, said they did not think the image through.

"I think it's an oversight. I doubt they actually planned this," Luckhurst said. "It's something where they said good enough and they launched it out into the world."

Trump's is not the first logo to become an online punchline. Jeb Bush's "Jeb!" logo was widely ridiculed.

While presumptive Democratic nominee Hillary Clinton's logo has been praised by many designers, it prompted intra-party grousing last year. It features an "H'' with an arrow pointing right, leading some Democrats to complain that the arrow did not point left.

"I think it's funny," he said. "Maybe that's another thing: Put it in enough focus groups to make sure you're not going to get laughed at."