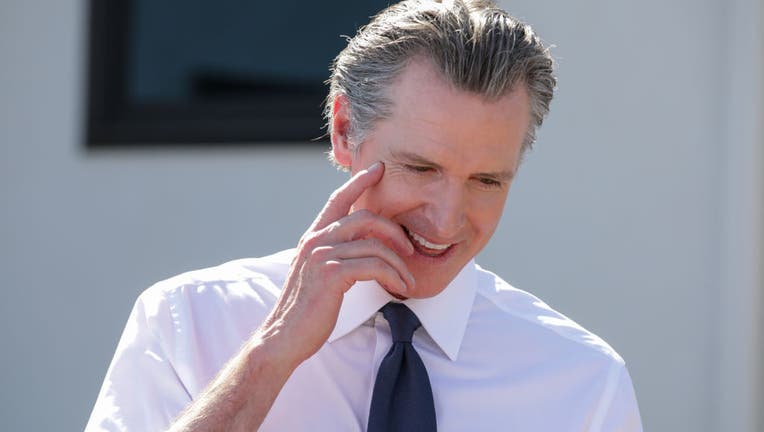 SACRAMENTO, Calif. - California Gov. Gavin Newsom granted 10 pardons Friday, including for several people convicted of drug crimes more than 20 years ago and someone facing the possibility of deportation.

The California Constitution gives the governor authority to grant clemency. A commutation reduces the length of a prison sentence. A pardon would effectively do the same, but it also restores certain civil rights for people who have already completed their sentences.

In several of the cases, the pardon recipients received a Certificate of Rehabilitation from superior courts across the state after giving evidence that they had been "living an upright life" since their convictions.

Newsom looked at the recipients’ conduct after the offense, as well as whether the pardon is "consistent with public safety and in the interest of justice." The governor also weighed how a pardon would affect the community, including crime victims and survivors, a news release said.

Newsom has granted 140 pardons, 123 commutations and 35 reprieves since taking office in 2019.

"Pardons do not forgive or minimize the harm caused by crime. Instead, these pardons recognize the pardon grantees’ self-development and rehabilitation since then," the governor’s office said in news release.

—U.S Army veteran John Berger, who was convicted of transporting a controlled substance in 1994. He now works to support others with their sobriety.

—Kathy Uetz, who was convicted of drug-related crimes in 1997 and has since volunteered more than 5,000 hours with a community emergency response team.

— Santiago Lopez, who was convicted of drug crimes in 2001 at 19 years old. He is now a facility manager of his church, as well as a peer counselor and, with his wife, the founder of a non-profit for youth leaders.

—Lucas Beltran Dominguez, 60, who faces deportation and family separation because of his conviction for transporting or selling marijuana and possession of marijuana for sale. The father of seven is an active member of his church.

—Michael Farrier, who was convicted of first-degree burglary and second-degree robbery.

—Kimberly Gregorio, who was sentenced to four years of probation and 180 days in jail in 1988 for possession of a controlled substance for sale and obstructing an officer.

—James King Ill, who has a conviction for selling cocaine.

— Kenneth Lyerly, who was sentenced in 2004 for a conviction of possession of a controlled substance for sale.

—Jimmy Picton, who has convictions from the 1970s for trespassing and possession of a controlled substance for sale.

—Julie Ruehle, who was sentenced to prison at 19 years old in 1999 for possession of a controlled substance and taking a vehicle without consent.