KTVU's Christien Kafton reports on the Governor's trip to San Francisco Friday to discuss the concerning surge in attacks against members of the AAPI community here in the Bay Area.

SAN FRANCISCO - California Gov. Gavin Newsom on Friday met with Bay Area Asian American and Pacific Islander community leaders at a Chinese cultural center in San Francisco amid the rise in racist attacks across the country.

Newsom said it's "infuriating" to have so many people live in fear because of their race or gender, and much of the hate being experienced now is what was felt as far back as 1881, a year before the Chinese Exclusion Act, which prohibited the immigration of Chinese laborers.

Community leaders that racial bias isn't new, but that coronavirus has sparked this recent spate of hate against Asians.

"The disease has been used to divide this country," Newsom said. "We must immediately call this out and demand that xenophobia ends and hold those accountable....even the quiet perpetrators of hate."

Assemblyman David Chiu (D-San Francisco) said this anti-Asian trend actually began a year ago, when the virus first broke out, and the buildup of frustrations among many in the community is overwhelming. 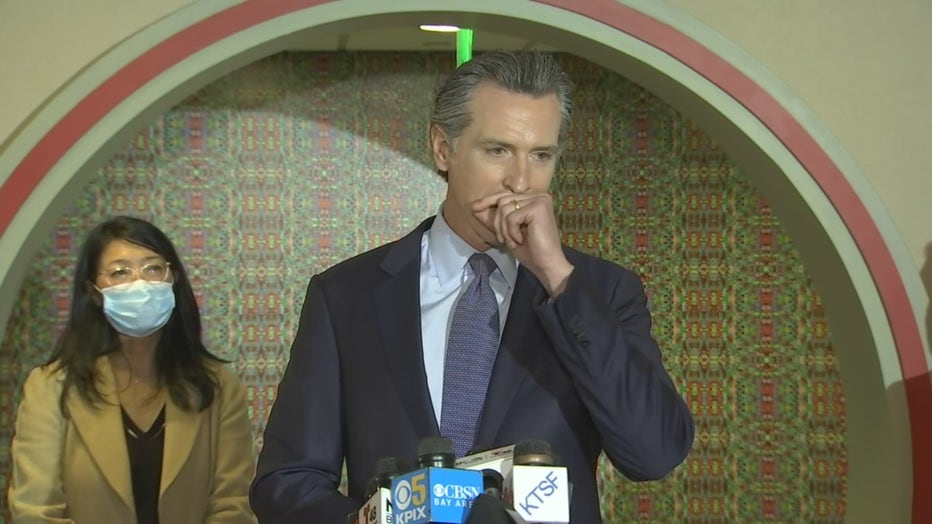 California Governor Gavin Newsom speaks at the Chinese Cultural Center on Friday, March 19, 2021. Newsom met with AAPI community leaders to discuss the disturbing recent trend of unprovoked attacks against members of the AAPI community in the Bay Are

He and Assemblyman Al Muratsuchi (D-Torrance) introduced AB 557 in February, which would require the California Department of Justice to establish a toll-free hotline as well as an online reporting system to report hate crimes and hate incidents.

Former President Trump is largely blamed for whipping up this fear-mongering by calling coronavirus the Chinese flu. Research published this week shows that hat social media posts using hashtags such as #Chinesevirus or #Chinaflu corresponded to greater anti-Asian sentiment.

But Newsom pointed out that this prejudice in the United States predates Trump. 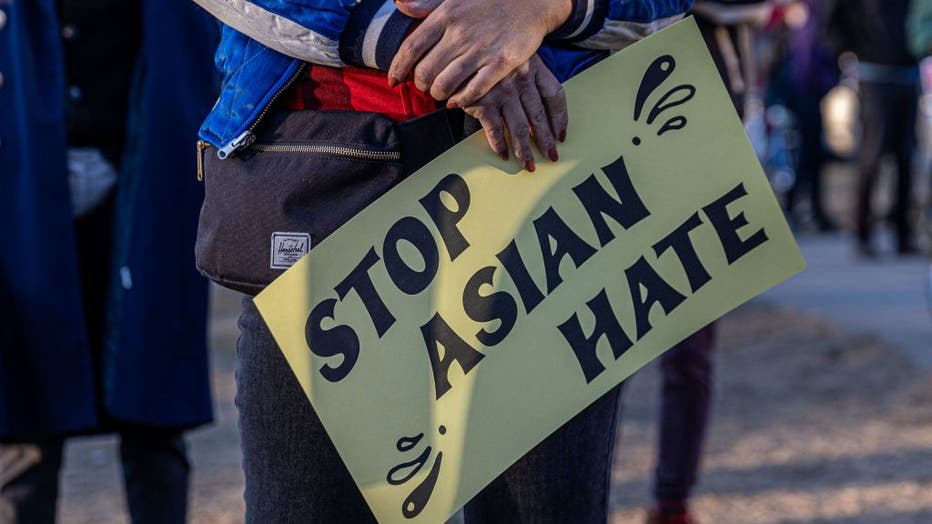 "There's just a lot of ignorance," Newsom said, "and most of the hate comes from ignorance."

There have been several high-profile attacks against Asians across the country, including a deadly massacre in Atlanta, where a man was accused of killing eight people, most of them women of Asian descent, at three massage businesses there. The county sheriff said it was too early to know if the attack was racially motivated.

Stop AAPI Hate, a reporting project from Chinese for Affirmative Action and the Asian Pacific Policy & Planning Council, recorded more than 3,800 reports of coronavirus-related discrimination in the U.S. from March 2020 through February.

California had more attacks than any other state with 1,691, according to the report. California is home to the nation’s largest Asian population, with more than 6 million people.

And the Bay Area has not escaped this hateful crime wave.

As some recent examples, a 59-year-old Vallejo man was knocked to the sidewalk near Montgomery Street Tuesday, possibly causing him to lose his eyesight. A man was arrested for the attack and an earlier assault in the Mission district.

Then on Wednesday morning, police said, a 39-year-old man who had been involved in a fight in United Nations Plaza earlier attacked an 83-year-old Asian man. When a security guard intervened, he fled, pausing to assault a 75-year-old Asian woman and she beat him until he stopped. Both victims were taken to the hospital for treatment of non-life-threatening injuries. The suspect, who was not identified, was also taken to the hospital for an unrelated medical condition.

Across the Bay in Oakland's Chinatown, a security camera captured images of an assault on a 77-year-old Asian man on Seventh Street, not far from police department headquarters.

The latest incidents follow high-profile attacks in Oakland and San Francisco in February in which two elderly Asian men were killed. Authorities have not filed hate crime charges in either case.