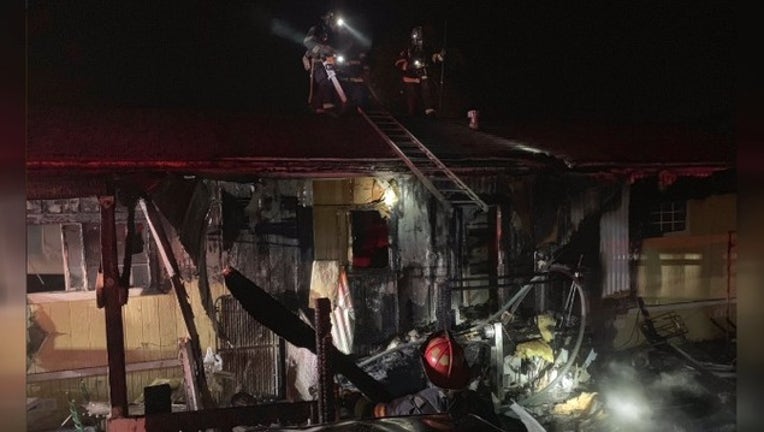 VALLEJO, Calif. (BCN) - Fire crews have contained a two-alarm fire at a mobile home park in Vallejo that has displaced nine people early Sunday morning, including six children, according to fire officials.

The blaze was first reported around 4:08 a.m. at the Vallejo Mobile Estates Trailer Park in the 100 block of San Miguel Road, Vallejo Fire Department spokesman and firefighter Aaron Klauber said.

According to Klauber, fire crews that arrived on scene requested a second alarm after seeing the proximity and the flammability of the trailers to one another. The fire was placed under control before 5 a.m., but Klauber said crews will be at the scene throughout the morning for salvage and overhaul.

Nobody was injured in the fire that displaced three adults and six children. A fire investigator has been called to the scene, and the American Red Cross is assisting those that are displaced, Klauber said.