All nine people, including 3 children, were taken to the hospital. The driver of a Toyota Corolla was arrested on suspicion of driving under the influence.

The wreck occurred at 12:03 a.m. when a white Toyota Corolla - heading west in the eastbound lanes of I-80 between Chadbourne Road and the state Highway 12 junction.

All nine people who were injured - including children ages 5 and 11, and a 17-year-old - were taken to NorthBay Medical Center in Fairfield. One of them was listed in critical condition Saturday.

The driver of the Corolla was arrested on suspicion of DUI, the CHP said.

The injured were from Fairfield, Suisun City and Roseville; no other specific information was available on the victims. 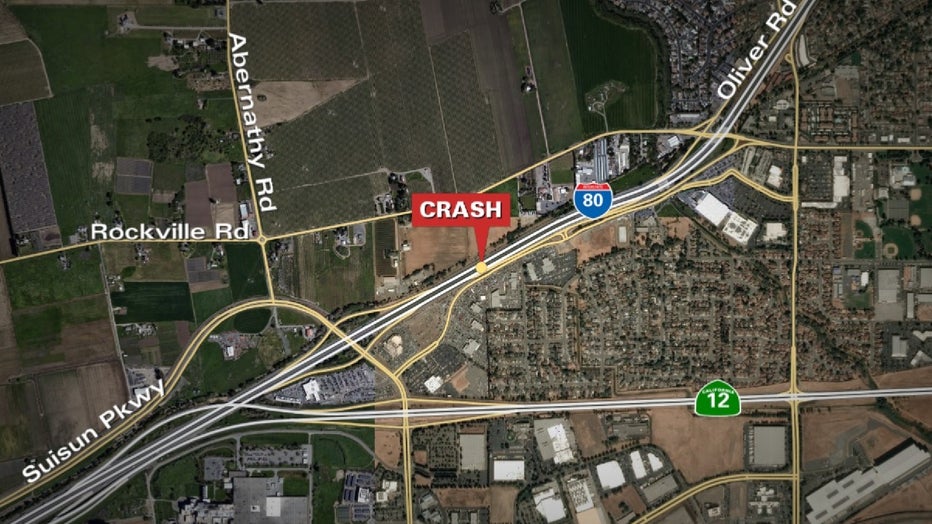