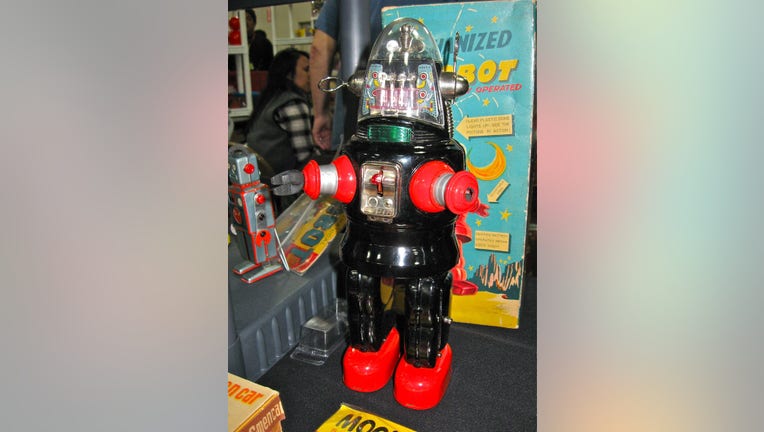 SAN JOSE, Calif. - For Benny Villela the ultimate score would be to find vintage Optimus Prime sealed in his box. Yes, that's a toy, and yes, Villela is an adult. But he's a toy collector – one of many who will be vending this Saturday at San Jose Super Toy Comic and Collectible Show at the Santa Clara Convention Center.

"I've never found one," Villela said ahead of the show referring to the Transformers' leader of the Autobots – those were the ‘good guys’ in case you didn't watch the 1980s cartoon or the rebooted version via film franchise over the last two decades.

Villela enjoys his hobby and in part, does this to earn extra income for his family. He said he knows he won't get rich from it, but he appreciates the community and making connections at the show. It's billed as the largest toy and collectibles show in Northern California for over 20 years.

Transformers likely sounds familiar, but in fact, if you walk into a Toys "R" Us pop-up inside a Macy's, you can still find other familiar nostalgic brands; Hot Wheels, Disney, Sonic The Hedgehog, Marvel Avengers, and WWE action figures – toys you might have played with from your childhood. But even with its return from bankruptcy, the pop-up stores, where kids don't want to grow up, have an extremely limited space. 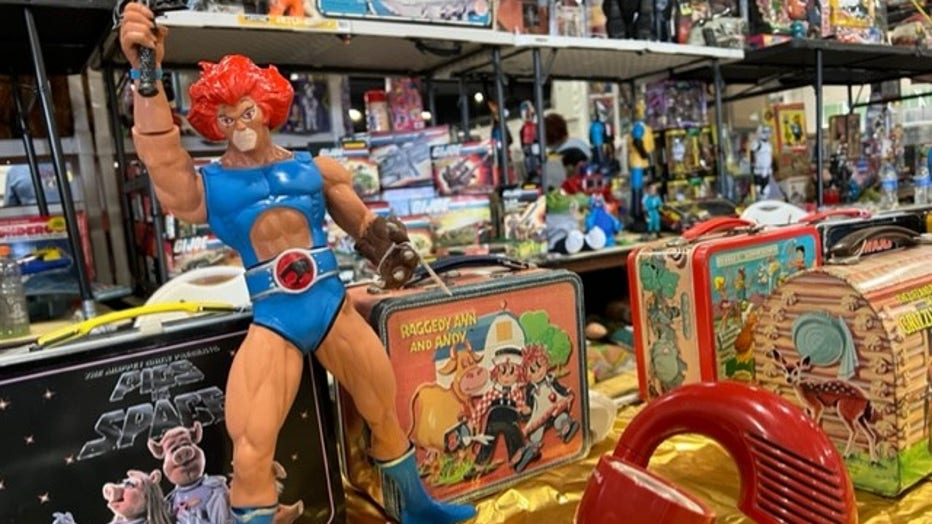 "Toys ‘R’ Us has to focus now. In the old days they had warehouses," said Jose Castro, the SJ Super Toy Show's promoter. "I started at 20 tables. It's grown."

And it's grown by leaps and bounds. The convention center will have 220 tables of vintage to modern toys, comics and collectibles – a virtual fantasy land for kids, and let's face it, ‘adult kids’ alike. The show heavily banks on and is selling nostalgia.

Castro has had his store, San Jose's Time Tunnel Toys, located on Meridian Avenue in the Willow Glen neighborhood, for more than 30 years. Back then though, he said people weren't really collecting toys. Toys were bought to be played with, not to be left sealed in their packages.

"I was a collector first to start with, or I never would have started a store. I would buy and sell stuff pre-internet. eBay wasn't really a thing," he said. But once the internet opened up, things really took off and the market was open to collectors worldwide.

He compares some collectible items to blue chip stocks. He recalls Tickle Me Elmo and agrees that Beanie Babies were such items. "There's always items like that, that are fads. There's always something people want because other people want them."

From Hot Wheels and the Evel Knievel stunt set he enjoyed from his youth, to Teenage Mutant Ninja Turtles, the fads come and go, but Castro has to maintain a general knowledge to keep his competitive edge.

"We're between a comic shop and antique store. We don't carry what's in stores now." He adds that they can't compete with Amazon, but his one advantage is that collectors, or those who want to buy, can hold the item in their hands.

That Optimus Prime Villela has been searching for, and can never seem to get his hands on, goes for $400 in the box depending on the condition, he said. If it's in a harder to find box, it can go for $1,500 to $2,000, but only the real, high-end collectors know the difference. He recalls what it's like to be the child in the store with desire for a toy that he couldn't have. "I've been there, where my parents can't buy it. You have to leave just looking at it."

Villela has been a vendor with the show for about 10 years. He's sold at other toy shows around California and in other states, but he considers San Jose's to be one of the most diverse. "There are a lot of genre-specific shows out there, with anime, but at San Jose's, you don't know what you're going to find. That's the cool thing about it." 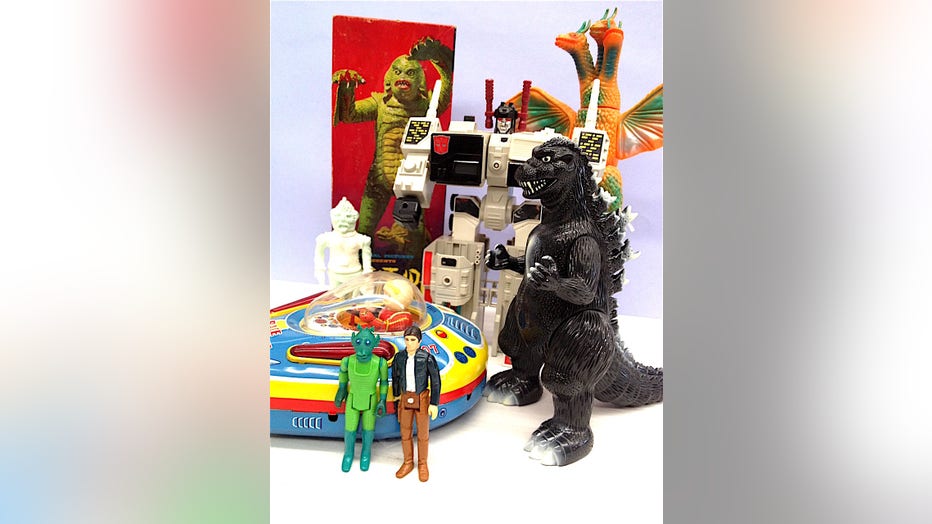 But novice collectors should be aware that bootleg, knockoff, or counterfeit toys do exist at collectible shows. "It's pretty common. It can look real," Villela said. But he said it's not right, and he educates others on what to look out for. "I show people images online of the differences." He has some knockoff items himself and realizes some people want to pay a cheaper price for bootleg items.

"I remember, ever since I was little, playing with [Transformers] when I was a kid." When he was in his 20s and had more money, he started collecting. "I wanted that nostalgia. I was excited." He'd see items at shows he had not seen since he was a kid, but he'd buy items that were broken for top dollar. He uses more discretion with his purchases nowadays. "Now I'm a dealer."

As a dealer, he specializes in aforementioned collectibles, but also ThunderCats, SilverHawks, and Masters of the Universe, or He-Man figures. He would rummage flea markets and second-hand stores. He joked, "If you were broke, you could buy GoBots." GoBots, of course, was Tonka's competitor to Hasbro's Transformers as this wiki thoroughly explains. A legitimate knockoff, if you will.

Castro identifies with this sentiment, acknowledging in some cases, this show is for those who desire things they wanted as kids, but their parents didn't buy for them or didn't have the money for. "Now they have a job," said Castro. Coincidentally, he said part of the show's allure is to escape from those very jobs that now provide them with money for their collectibles. "You can't just work all day long."

According to Villela, some popular items right now are Pokemon Pop!, Star Wars items, and his favorite; Transformers. But he sees another trend. "At this show, a lot of people love monsters; Godzilla, Frankenstein."

"There's something for everybody," said Castro likening the show to 200 stores in one building. "Families come together. Kids know [these toys] now." He explains how it can be a bonding experience. "There’s not much of a generation gap. Everybody can get something."

Villela describes the gathering of a tight-knight community: "We try to help each other out. I feel like I don't hear negativity with this community. Especially when we came back, when we saw each other, it felt like a flash. ‘How have you been?’ We’re more than acquaintances, we’re friends." He's partly referring to the show's absence during the pandemic.

When he recognizes that familiar scene from his own youth of a kid who wants something and the parent might not be able to buy it, Villela said he's given away some of his less expensive items. "For a little one, take it. You’re doing something for somebody. Maybe they might remember. This is definitely for kids." 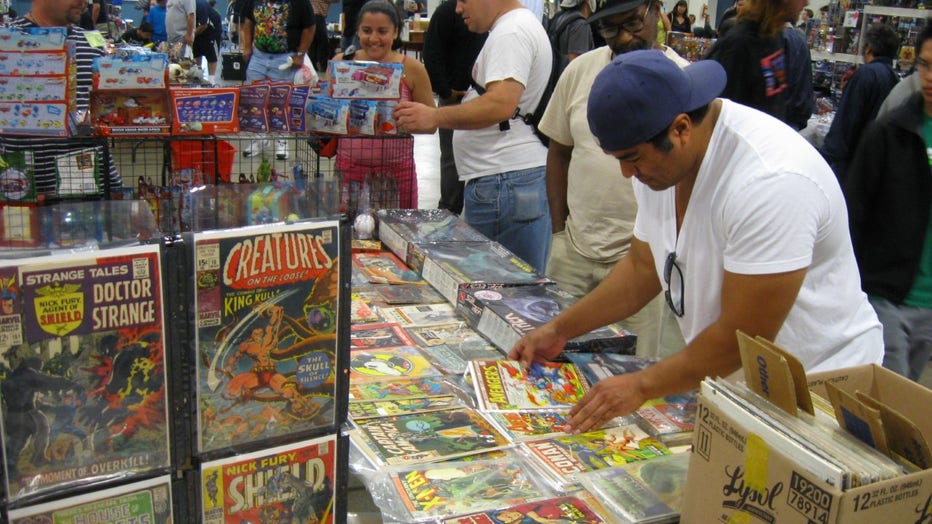 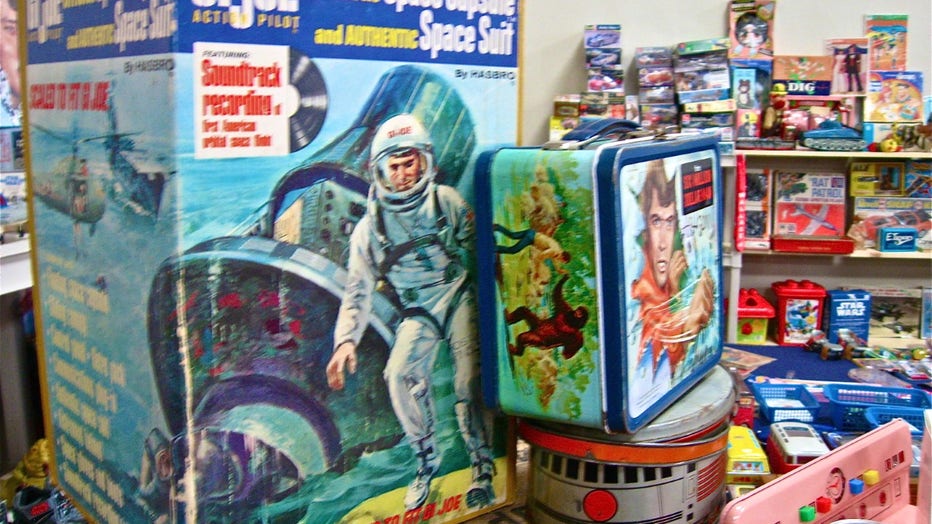 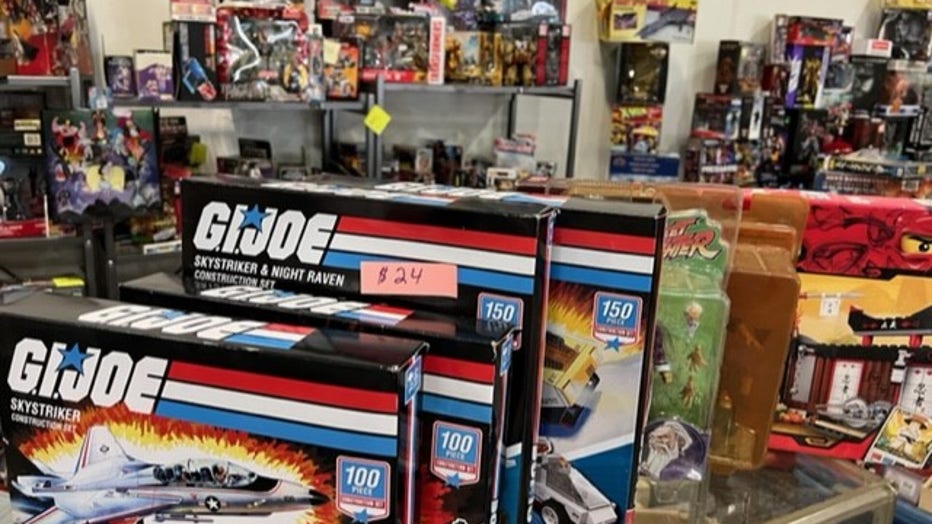 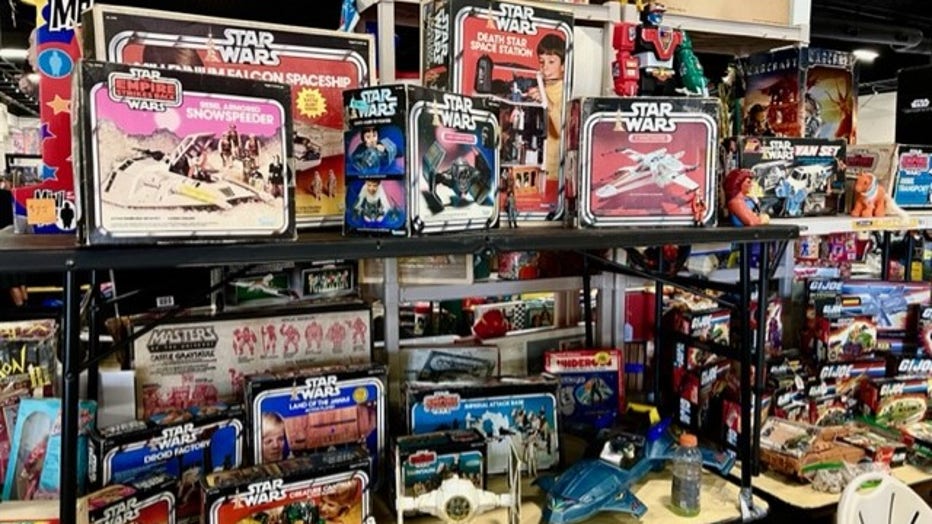 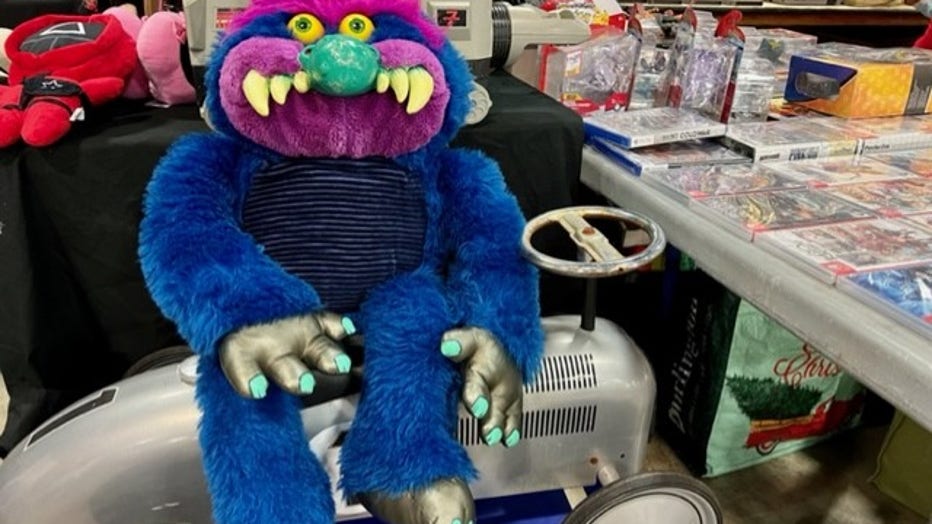