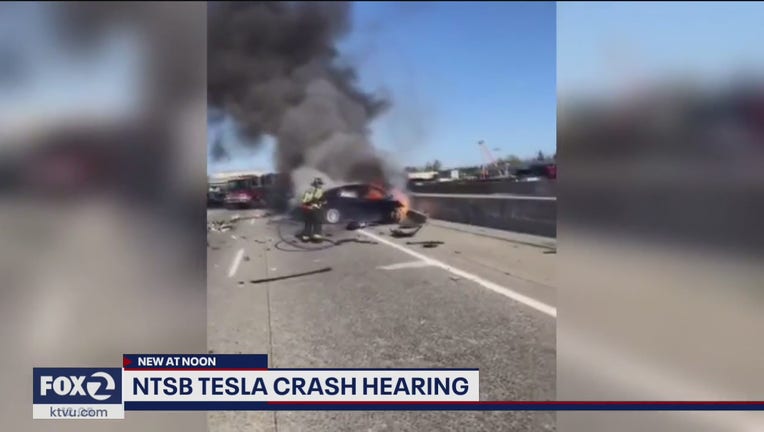 The National Transportation Safety Board says the driver of a Tesla SUV who died in a Silicon Valley crash two years ago was playing a video game on his smartphone at the time.

DETROIT - Electric vehicle fires pose safety risks to first responders and guidelines from manufacturers about how to deal with them have been inadequate, according to U.S. investigators.

The agency, which has no enforcement powers and can only make recommendations, called for manufacturers to write vehicle-specific response guides for fighting battery fires and limiting chemical thermal runaway and reignition. The guidelines also should include information on how to safely store vehicles with damaged lithium-ion batteries.

The recommendations come at a time when automakers are rolling out multiple new electric vehicle models, with many in the industry perceiving an inflection point in switching from gasoline power to cleaner electricity. 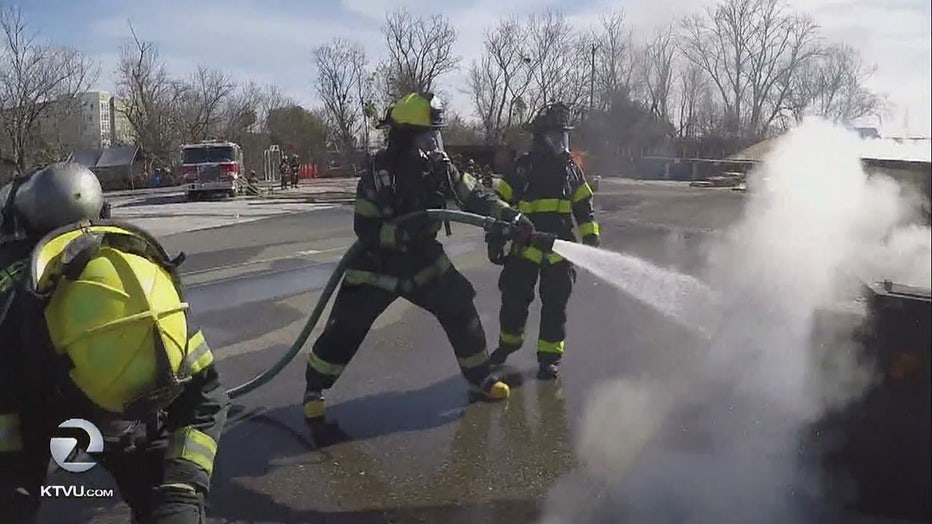 The agency in its Wednesday report also asked firefighter and auto towing associations to inform members about fire risks and how to deal with energy remaining in the battery after a crash, and on how to safely store a vehicle with a damaged battery.

And it's asking the National Highway Traffic Safety Administration to include the availability of an emergency response guide when it calculates five-star vehicle safety scores.

NHTSA also should build a coalition to research ways to de-energies batteries and reduce hazards from thermal runaway, a chemical reaction that causes uncontrolled battery temperature and pressure increases.

The NTSB started investigating battery fires after crashes and fires in Lake Forest and Mountain View, California, and in Ft. Lauderdale, Florida, in 2017 and 2018. It also probed a non-crash fire in West Hollywood, California. Three of the batteries reignited after fires were extinguished. 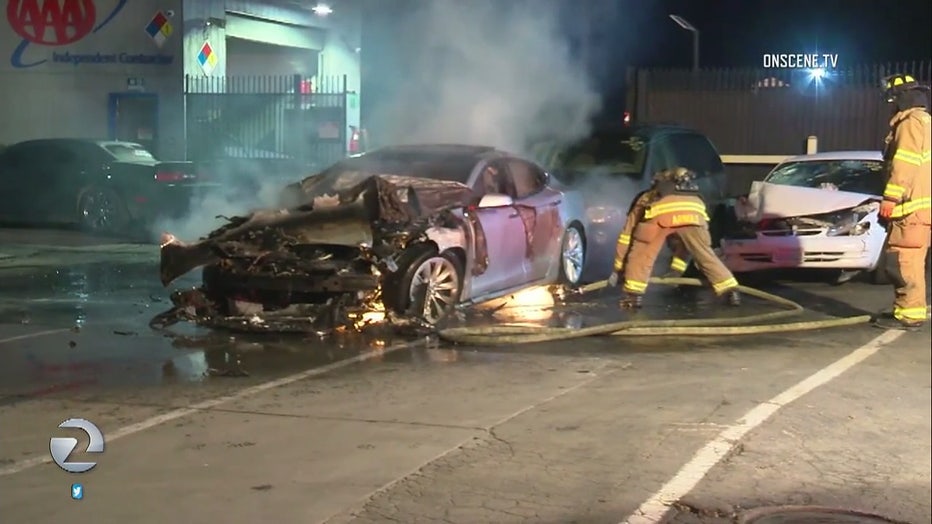 All four vehicles were made by Tesla, which is the top-selling electric vehicle maker in the U.S.

"The risks of electric shock and battery reignition/fire arise from the ‘stranded’ energy that remains in a damaged battery," the agency said.

In an 80-page report the NTSB wrote that a review of emergency response guidelines from 36 manufacturers found that all had ways to mitigate the risk of high-voltage shocks including methods for disconnecting the battery. But none of the guides spoke to limiting the risk of energy stored in the batteries, such as procedures for minimizing reignition or instructions on where and how to spray water to cool the batteries, the agency said.

One way to deal with damaged batteries is to pull them from the vehicle and soak them in a saltwater bath to discharge the energy, the NTSB wrote.