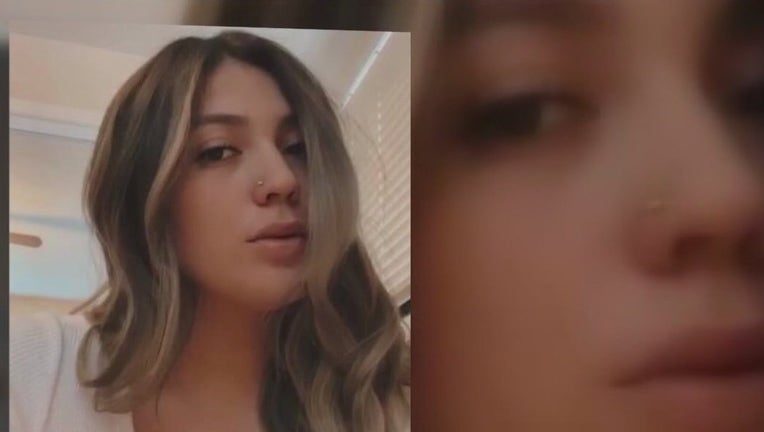 LOS ANGELES - Authorities are searching for driver in connection with the death of a nursing student attending a sideshow, or what is known elsewhere as a "street takeover," in South Los Angeles on Christmas night.

The death was reported Sunday around 9 p.m. near the intersection of Crenshaw Boulevard and West Florence Avenue in the Hyde Park community, according to the Los Angeles Police Department.

The woman, identified by family as 24-year-old Elyzza Guajaca, was standing in the area when she was struck and killed by a car doing donuts in the middle of the intersection, police said. The driver left the car at the crash scene and fled on foot, police said.

She was taken to a local hospital where she died from her injuries.

"My sister was an aunty to my beautiful girls who loved her so much," her brother Louie Guajaca wrote on a GoFundMe campaign. "She was a beautiful sister who loved big. She was a daughter who always wanted to be with around and have family time. She was the rock to our family."

Other family told FOX 11 that Guajaca was in nursing school and worked at the Los Angeles International Airport.

She fell in love with car culture after the first "Fast and Furious" movie came out, and loved events like the one she attended on Christmas.

Anyone with any information about the accident was urged to contact Crime Stoppers at 800-222-8477. Tipsters may also visit www.lapdonline.org and click on "Anonymous Web Tips" under the "Get Involved-Crime Stoppers" menu to submit an online tip.