Downtown Oakland at Jackson and 13th is closed as police investigate a 'suspicious death' Monday morning.

Police taped off a large area on Jackson and 13th, and asked the public to avoid the area. 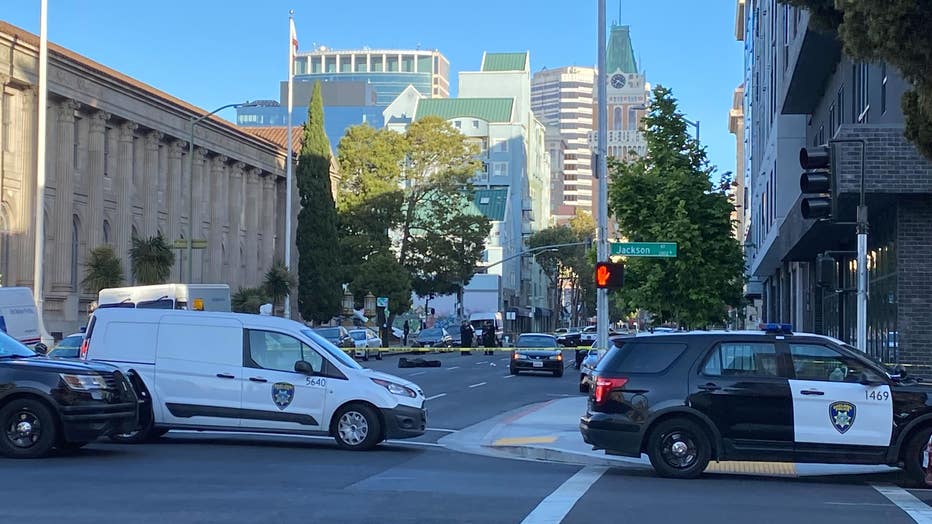 A KTVU photographer on the scene saw a black object in the middle of the street, with police barricades around it.

Photos from the scene also show a green car on the wrong side of the street with hazards blinking.