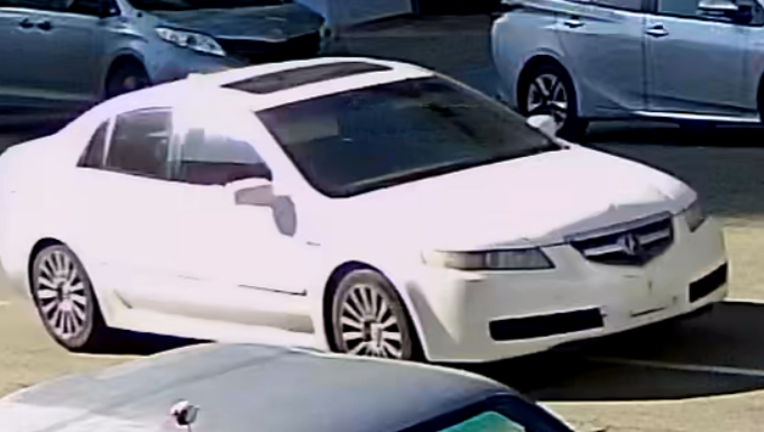 OAKLAND, Calif. - A surveillance photo of the car connected in the death of a news security guard has been released.

Oakland police say the pictured car was involved in the Nov. 24 robbery that led to the killing of security guard Kevin Nishita.

The car is described as a white 2004-08 Acura TL, 4-door, with a sunroof and no front license plate.

The crime occurred on 14th street in downtown Oakland as the guard was protecting a KRON 4 news crew covering a story regarding recent retail theft.

OPD is offering a reward of up to $27,500 leading to an arrest in this crime.