It's happened yet again. Another homicide along the same cul-de-sac at the edge of Lake Merritt in Oakland. By day, the stretch of Lakeshore Avenue is popular spot for joggers and dog walkers. By night, though, it's become a haven for mayhem and bloodshed.

OAKLAND, Calif. - Oakland police are still searching for the suspect who carried out a fatal stabbing near Lake Merritt.

While the suspect remains at large, the police department released a photo of a vehicle of interest in connection to the homicide.

Police believe a gray Honda Civic that was seen on surveillance video is tied to the case. The vehicle had a sunroof, and there was faded paint on the roof. 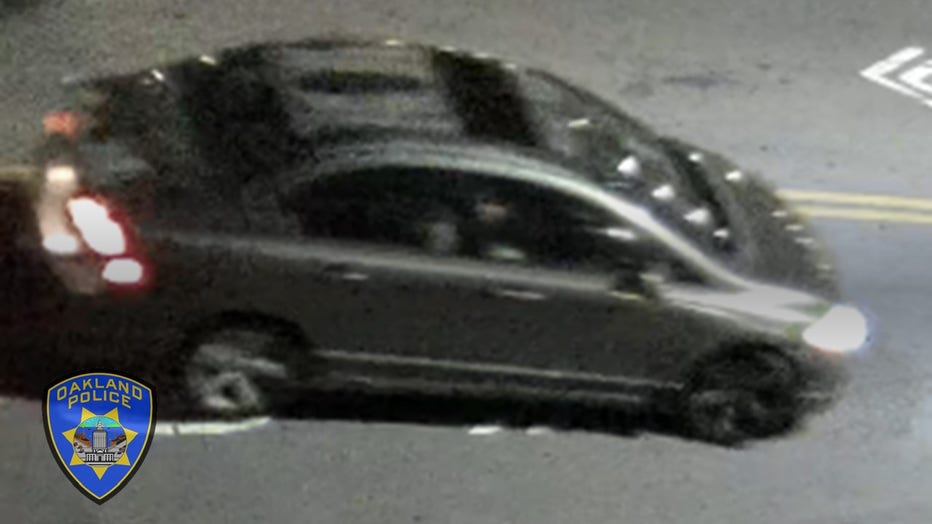 Oakland police released a photo of a car possibly connected to a fatal stabbing on Sunday, May 1, 2022.

On Sunday at around 3:00 a.m. officers responded to the 1200 block of Lakeshore Avenue where they found a man with stab wounds.

The man, who has not been identified, died after being rushed to a local hospital.

It's the fourth homicide in six months on the street adjacent to Lake Merritt.