Omar Staples is both a football player and honor roll student at Oakland Technical High School who was accepted to eight universities across the country.

OAKLAND, Calif. - Omar Staples is both a football player and honor roll student at Oakland Technical High School who was accepted to eight universities across the country.

And on Wednesday afternoon, Omar chose Stanford University in an event cheered on by his family and the Oakland Unified School District community.

He'll be attending the prestigious Palo Alto campus in the fall on a full scholarship.

"I chose Stanford because of its academics and athletics," Omar, 17, told KTVU on Thursday. "It's the best of both worlds."

Plus, he added, Stanford has produced man NFL players – something he too, aspires to be.

It doesn't hurt, Omar added, that the campus is 40 minutes from his home, which will keep him close to his father, Omar Staples Sr., a physician's assistant; his mother, Cassandra Abram, a project manager; his stepmother, Alicia Staples, an IRS manager; and his stepdad, Edward Abram, a business owner.

Defensive Line Coach Nabeil Mohamed said Omar has been a "stud off and on the field" for years.

"His work ethic is off the charts," Beil said. "And he comes from a great family."

Stanford seems excited to have Omar, too. A photographer already took pictures of him in his new cardinal red uniform.

The edge rusher also made 2022 First Team All Conference in the Oakland Athletic League, he was 2021 OAL Defensive MVP, and OAL Co-MVP in 2019.

He was a Top 3 Performer on Defense in the ESPN Elite Underclassmen Camp.

And when he's not playing football, he also plays varsity basketball.

And though he dreams of a sports career, Omar also said he's interested in becoming a doctor.

Omar said he keeps his life in balance by following a routine.

"Love, love, love this!" another woman posted on Instagram. "Congratulations young king! This is definitely worth celebrating."

Before he heads out to the prestigious Palo Alto University, Omar wanted to give a shutout to The Town.

"Oakland athletics is very underrated and there's a lot of great kids coming out of Oakland," Omar said. "But we don't get the same looks that other people get. You can make it out of Oakland." 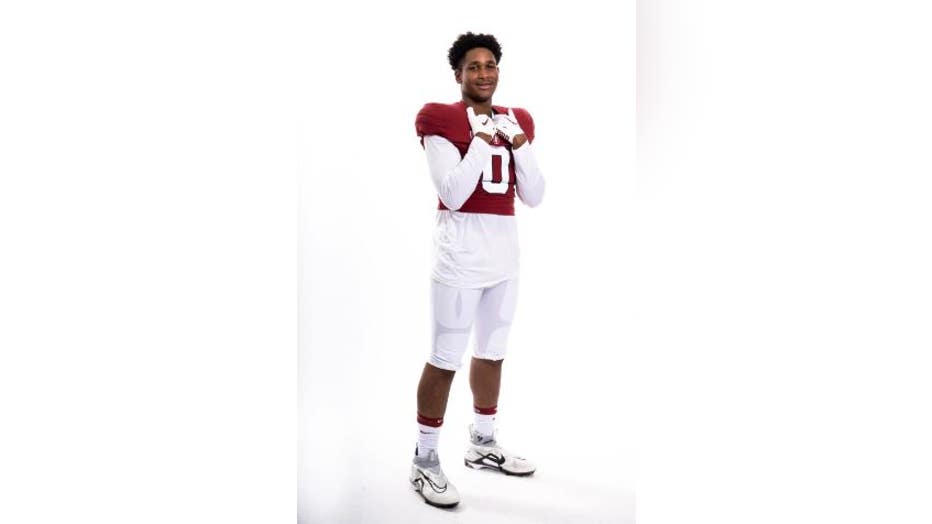 Omar Staples is going to Stanford. 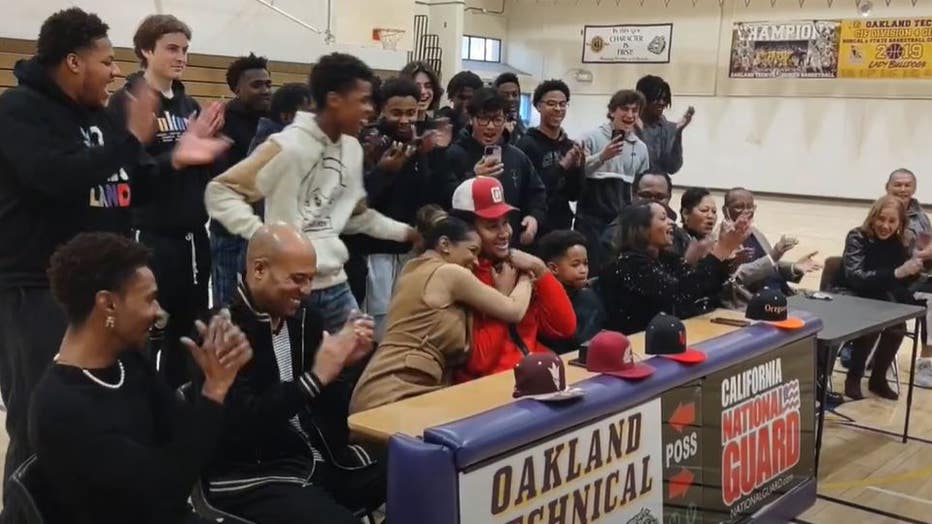 Omar Staples of Oakland Tech chooses Stanford University as his family cheers him on. 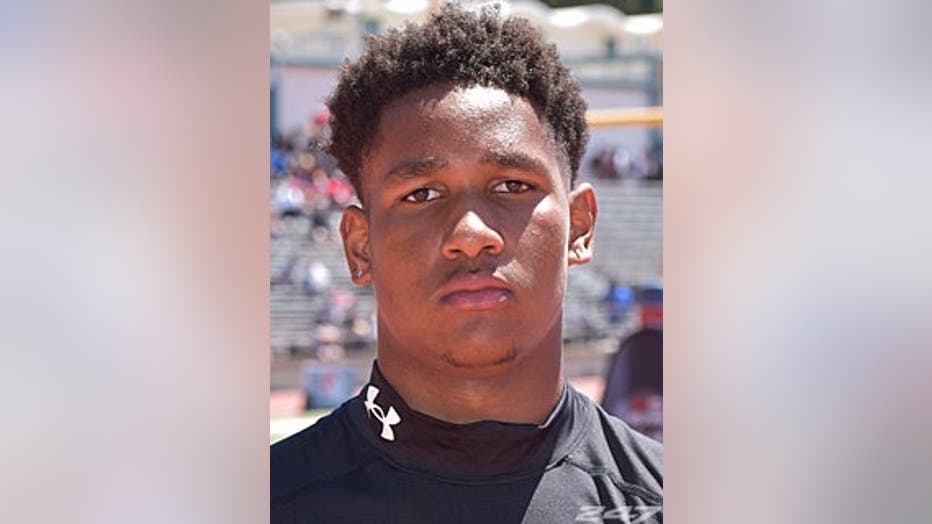