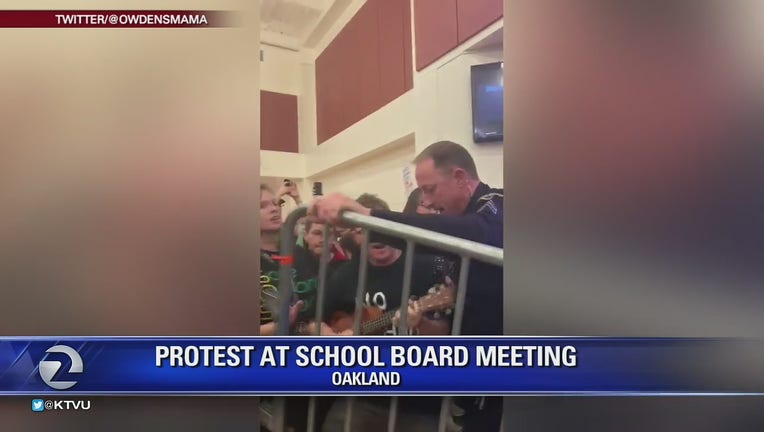 6 protesters were arrested after a chaotic clash at an October Oakland school board meeting.

OAKLAND, Calif. - Oakland Unified School District may for a second time this month separate the public from its board meeting Wednesday night. If everyone is well behaved, school officials said there would be no need for the public to gather in a nearby auditorium where they could use a microphone to comment on agenda items.

The move comes after protesters at last month's meeting jumped over and pushed through a barricade that was in place for the board's safety.

Protesters and police clashed before six people were arrested and some protesters were injured. Some posted photos of their bruises and of the violent altercation partially captured on video.

The protests stemmed from the board's decision to close a Hiller Highland's neighborhood school, and merge it with one farther away.

A court date stemming from the altercation is set for Nov. 22. No charging decision by the district attorney had been made. Protesters had said they planned on suing the school district for excessive use of force at the hands of police.