Hong Kong health officials are investigating the possibility that the coronavirus may have spread through an unsealed pipe in an apartment building in response to one of the building’s residents having become infected.

HONG KONG - Hong Kong health officials are investigating the possibility that the coronavirus may have spread through an unsealed pipe in an apartment building in response to one of the building’s residents having become infected.

A 62-year-old woman who was a newly confirmed patient lives 10 floors below a resident previously discovered to be infected, according to the New York Times. The two patients were also on the same number seven vertical block of apartments, where their toilet discharge pipes were linked, CNN reported.

The building is part of the Cheung Hong Estate, which is a public housing block in the New Territories area of Hong Kong.

The city’s Center for Health Protection officials told the Times that they made the decision to quarantine the residents after the unsealed pipe was found in the 62-year-old woman’s apartment. Hong Kong officials ordered quarantines for residents of more than 30 units of the Hong Mei House, the Times reported. 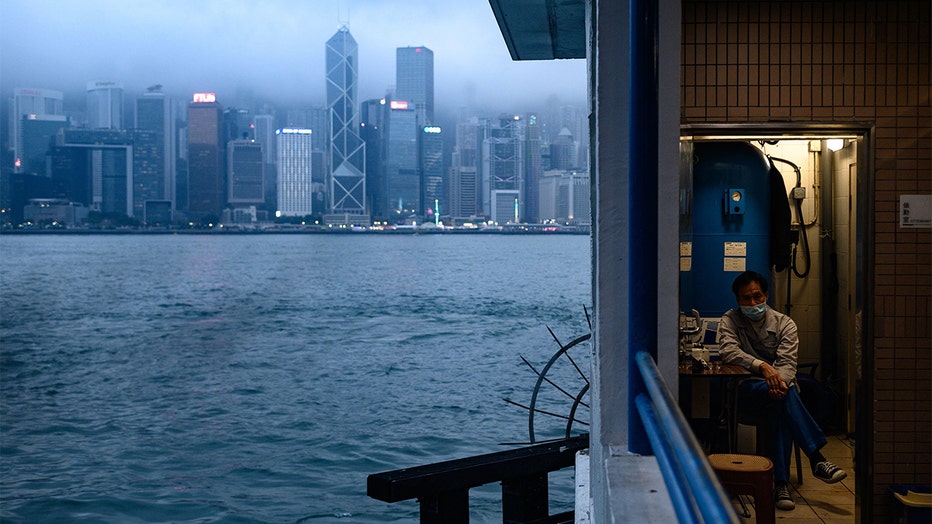 A worker wears a face mask, as a preventative measure against the COVID-19 coronavirus, as he takes a rest in a storeroom of a public toilet in Tsim Sha Tsui of Hong Kong on February 12, 2020. (Photo by PHILIP FONG/AFP via Getty Images)

Health officials evacuated residents living in all of the number seven apartments throughout all of the building’s 30 floors, the report said.

Although an investigation was launched Tuesday, officials defended the safety of the building's sewage system, the network reported.

Frank Chan, Hong Kong housing minister, said at a press conference on Monday that an initial investigation may have potentially showed that the bathroom pipe of the 62-year-old female patient could have been altered.

"A preliminary investigation revealed that the 307-room unit in which the second patient lived may have done self-refitting exhaust pipes," Chan said.

The Hong Kong government also posted a photo on social media showing that a pipe in the apartment's bathroom had possibly been altered, CNN reported.

Yuen Kwok yung, a microbiologist at the University of Hong Kong, said at a government-organized briefing that the exact route of transmission had not been confirmed, but that a pipe in one infected household appeared not to be sealed.

Yuen said that an improperly sealed pipe could have resulted in a virus transmission through carrying infected feces into the building's ventilation system and blowing it into resident's bathrooms, according to CNN.

"As the pipeline that transfers feces is connected to the air pipe, it is very likely for the virus in the feces to be transmitted through the air fan into the toilet," Yuen said.

Officials are investigating whether the detached vent pipe found in the 62-year-old woman's home caused the new infections of the coronavirus, as well as how a sewage system could spread it, the network reported.