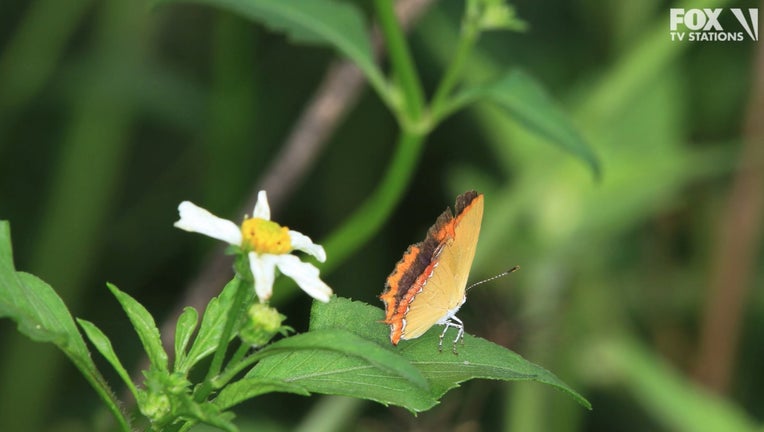 SAN DIEGO - The U.S. Fish and Wildlife Service has proposed adding a California butterfly to the list of threatened species, officials said.

The agency wants the Hermes copper butterfly added to the list in recognition of the threats it faces in its home region of San Diego County, The San Diego Union-Tribune reports.

The service filed its proposal Jan. 8, estimating it will take a year to finalize the listing and draw up critical habitat plans for the butterfly.

A public comment period for the listing is expected to run through March 9.

The Hermes copper lives only in Mexico's Baja California and California's San Diego County, which has a high concentration of endangered species, federal wildlife officials said.

The butterfly is among a suite of local species suffering from urban sprawl and wildfires that have altered the landscape in recent decades, officials said.

The San Diego Biodiversity Project and the Center for Biological Diversity first petitioned to list the Hermes copper in 1991.

The brown and orange butterfly is adapted to the fire-prone habitat of San Diego, said Tara Cornelisse, a senior scientist at the center.

During earlier regimens of smaller, scattered fires, the Hermes copper would move between burned areas and blossoming sites, Cornelisse said.

“It can maintain that, but with urban development in San Diego and the presence of more wide-ranging fires, its habitat is more degraded,” Cornelisse said. “That’s what has caused it to become endangered.”