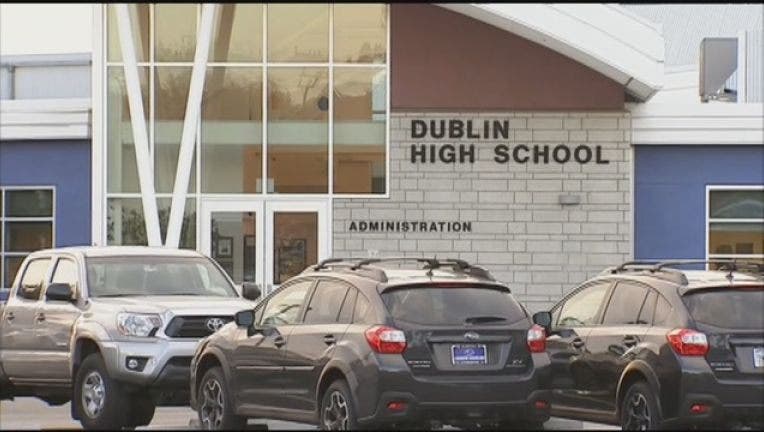 DUBLIN, Calif. (KTVU) - An East Bay school district is warning parents about a game students are playing that could end tragically.

According to Dublin Unified School District, high school seniors at Dublin High School are participating in a game called "Assassin" which involves teams who are assigned "targets" who they have to "assassinate" using toy guns that fire foam darts.

Each student pays to play and after several rounds and several weeks, the winner is the last person standing.

Some examples of dangerous behavior in previous years include: painting or disguising weapons to make them look more realistic; reaching for concealed weapons in public places; lying in wait behind bushes, trash cans, vehicles or fences; accessing or hiding on the property of another, often late at night; waiting for a target while dressed in all black or camouflaged clothing; reckless driving to avoid being targeted; teens driving around “stalking” or “hunting” their targets; jumping out of moving vehicles to attack or flee from other participants;and conducting a “drive-by” shooting of a target in a parking lot or public street.

The school district and law enforcement are concerned that the risky behaviors students indulge in for the sake of the game may have dangerous consequences.

For a person not familiar with the game, the behaviors look like an actual violent event unfolding.

They often prompt multiple calls to police who respond to what they believe to be a violent incident in progress.

The district said, "Not only does this consume significant time and resources of emergency personnel, it also jeopardizes the safety
of our community when actual threats cannot be responded to in a timely manner. Furthermore, in the eyes of a startled homeowner protecting his or her family or property, a violent response to a player is quite possible."

Parents are urged to speak with their children regarding the game and to ask them to refrain from participating.