KTVU's James Torrez reports live from outside Oracle Park, where fans were pumped to see their Giants back in action.

And this time around, there's no more cardboard cutout fans or restricted seating as the darkest days of the pandemic appear to be over, at least for now.

The San Francisco Giants hosted their first home opening game at the Oracle Park at full capacity for the first time on Friday since March 2020. The game against the Miami Marlins started at 1:35 p.m. This is the first regular home opener in three years.

"It's great, it's very liberating," said Jim Thordsen of Menlo Park, who was at the park on Friday. "Hopefully it will stay that way all summer and we can watch a  lot of baseball and we're really excited."

This will mark the second time the Marlins and Giants meet on Opening Day. In 2000, the Marlins won 6-4 in South Florida.

Meanwhile, the Oakland A's is in Philadelphia playing against the Phillies.

The season was pushed back a week due to the lockdown over contract negotiations.

But now, everything is nearly normal again. No proof of vaccine or negative COVID-19 test results are required and masks are only recommended, not mandated, indoors.

After a historic 107-win last season, fans are looking forward for another successful season ahead.

Former KTVU sports director Mark Ibanez was honored during the Giants game for retiring after 43 years.

"I don't see why they couldn't get to the playoffs," Anthony Avila, bar manager of Woodbury, told KTVU on Thursday.  "They got a lot of consistency and a lot of chemistry."

Restaurants and bars around the Oracle Park are thrilled about the thousands of fans who about to descend on their shops and restaurants.

Avila, whose bar is just few blocks away from the ballpark, is excited. 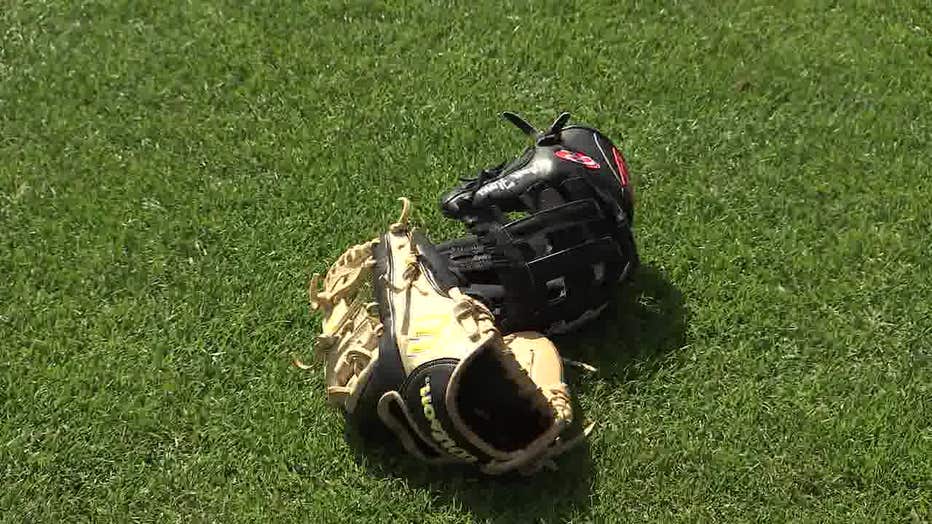