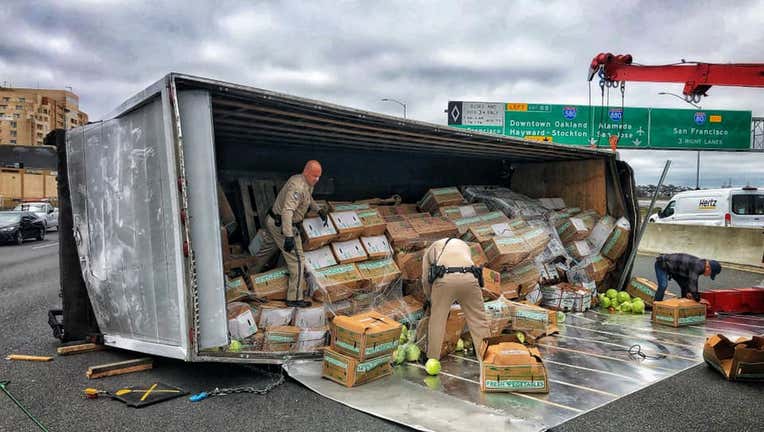 EMERYVILLE, Calif. - A box truck packed full with boxes of lettuce overturned late Friday morning, snarled traffic along the eastbound lanes of I-80 near the MacArthur Maze for hours, the CHP says.

The incident was first reported at 10:15 a.m., according to California Highway Patrol logs.

There's no word what caused the box truck to overturn. The traffic blockage was cleared at around 3 p.m.

The accident happened around 10:15 a.m. Friday.

An ambulance was seen responding to the scene, but the details of any injuries was unknown.

The CHP issued a Sig-Alert and advised motorists to expect traffic delays for several hours. 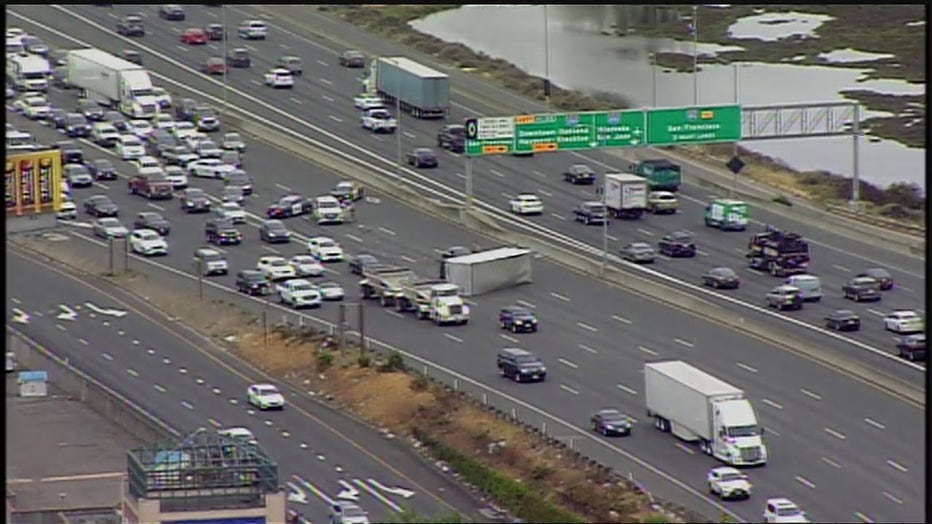