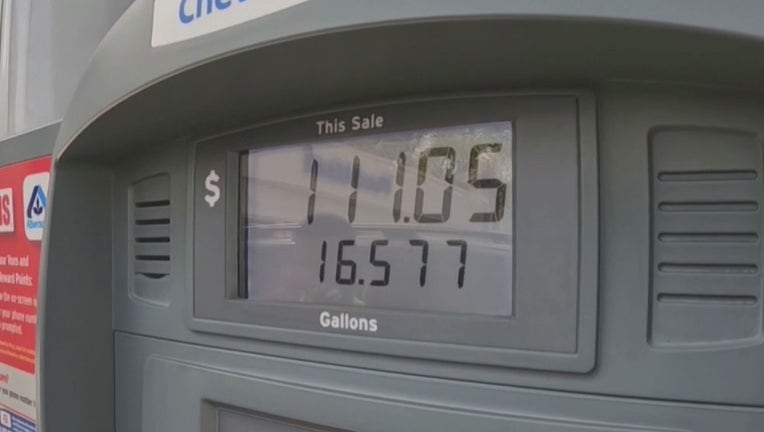 Gas prices continued their climb in California and across the Bay Area, closing in on record high prices hit back in June.

According to the AAA, the statewide average for a gallon of regular unleaded reached $6.38 on Monday.

In the Bay Area, the prices were even higher. The average in San Rafael was about $6.66, an increase of more almost $0.57 in one week. It's also pennies shy of the highest ever recorded by AAA in San Rafael of $6.68 reached on June 13.

Elsewhere around the region, many cities saw prices rise by at least $0.50 this past week.

Industry analysts cited tight supply and increased demand for the spike in prices, noting that the West Coast was getting the worst of it.

"At least six California refineries are undergoing maintenance, and there is limited pipeline supply to the West Coast from locations east of the Rockies." AAA said.

Governor Gavin Newsom was taking steps to help ease the pain at the pumps. He called on regulators to speed up the transition to the sale of winter blend gasoline, which is less expensive.

The summer blend, that refineries are required by law to produce, limits pollutants like smog, but it costs more to make.

The governor has also addressed the higher prices in California by calling on state lawmakers to pass a new tax on oil company profits, and then have the money returned to California taxpayers.