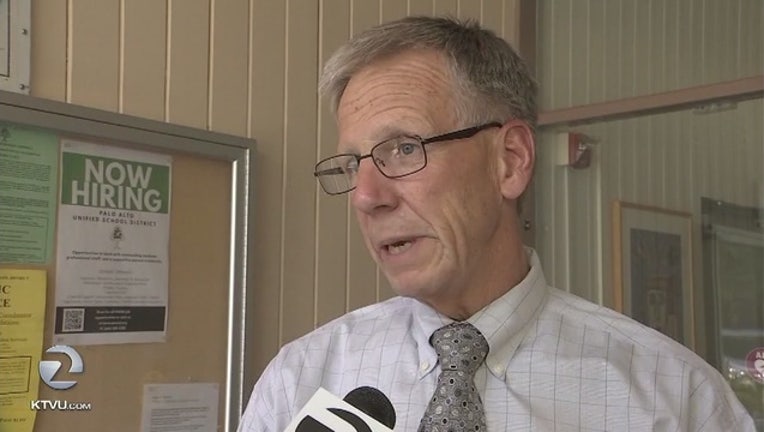 Dr. Max McGee announced the news in a post on the district’s website. According to the statement, McGee will finish the 2017-2018 school year, when his four-year contract is set to expire, and will retire from his career in education.

McGee’s decision to leave the district comes amid a firestorm of controversy surrounding a series of 2 Investigates reports about a student convicted of sexual assault who was still attending class, and how the district has failed to properly respond to such cases.

However, in a phone interview with KTVU, McGee denied that the ongoing scandal impacted the move.

"That wasn't a factor at all in my decision. We're putting in our best people and solving the biggest problems. And again, I think all the work that we're doing with our policies, with our training, is going to make Palo Alto a better district."

A district representative contacted KTVU to clarify that McGee was retiring from his job, and that he is not resigning.

"While this might be timely for your series of stories, this is not factually accurate," wrote district spokesman Jose Quintana.

On Thursday in a phone interview with 2 Investigates, McGee said that he preferred not to leave the Palo Alto School District, but would not elaborate when pressed on the conditions of his departure.

The online statement does not mention the ongoing scandal or McGee’s response to it. However, it does include a statement from Board President Terry Godfrey praising McGee and promising to “work together as a team to ensure a smooth transition.”

McGee is the second district administrator to leave their job since 2 Investigates’ coverage began. Earlier this month, Title IX coordinator Holly Wade left her post after it was revealed that the district repeatedly failed to launch Title IX investigations into multiple complaints, as required by federal law.

The district hired Washington, D.C.-based education attorney John DiPaolo to temporarily replace Wade until a permanent replacement could be found.

Since the initial report by 2 Investigates aired in May, at least 19 additional allegations of sexual harassment have been reported to the district, including the revelation of a sex assault against a 16-year-old girl on the campus quad in November 2015.

On Wednesday the school board met to continue its efforts to reform existing sexual harassment and assault policies to protect students. The board's revisions were expected to be submitted to the U.S. Department of Education’s Office of Civil Rights for review. If the changes pass muster, Palo Alto school board members must vote to adopt the changes.