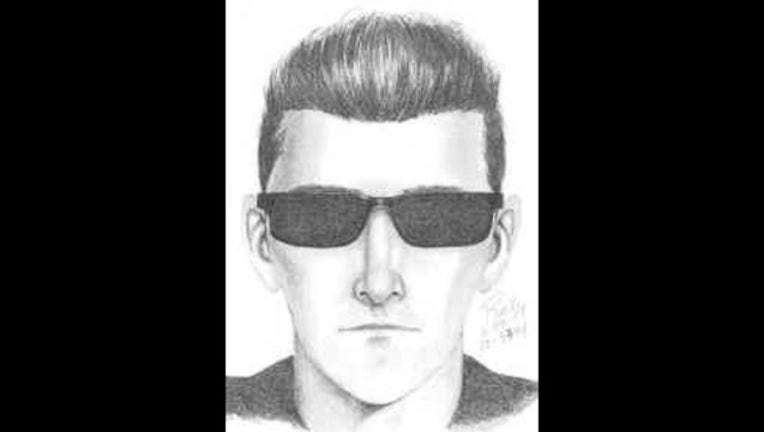 Palto Alto police are looking for a suspect who they say in one instance asked a 12-year-old girl, who was walking her dog along Newell Road at about 4:40 p.m., for directions to a "community swimming pool", as she passed.

The girl answered she didn't know, kept walking but she told her parents, who then notified police that the man was not wearing pants or underwear and was "fondling his penis."

The man apparently drove away northbound on Newell Road.

Police were notified about this incident at around 8 p.m.

The second case, about an hour later, involved a 16-year-old girl riding her bicycle on Coleridge Avenue near Bryant Street.

A police sketch of the suspect has been rendered based on the older victim's description to police on Thursday.

Palo Alto police say detectives are investigating and are looking to see if these crimes are related to any others in the city or surrounding areas.

Anyone with information about this incident is asked to call our 24-hour dispatch center at 650-329-2413.  Anonymous tips can be e-mailed to paloalto@tipnow.org or sent via text message or voice mail to 650-383-8984.  Tips can also be submitted anonymously through our free mobile app, downloadable at bit.ly/PAPD-AppStore or bit.ly/PAPD-GooglePlay.