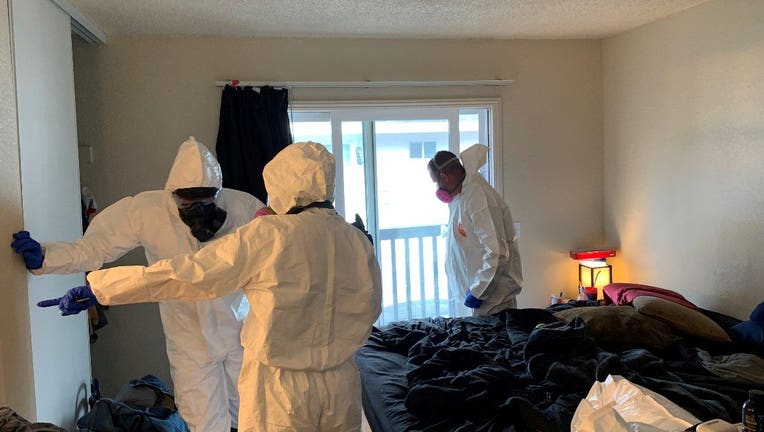 SANTA ROSA, Calif. - The parents of Santa Rosa toddler were arrested Monday on suspicion of child abuse related to the toddler's death.

Officers responded to a home in the 800 block of Sonoma Avenue around 10:39 a.m. regarding an unresponsive toddler.

When first responders arrived they found a 15-month-old girl who was not breathing. Despite life-saving measures the girl was pronounced dead.

"Officers who arrived first on the scene noticed suspected fentanyl near where the toddler was found," Santa Rosa police said.

Investigators obtained a search warrant for the home and located suspected fentanyl and fentanyl paraphernalia. Officials said the drugs, packaged and unpackaged, were located in numerous parts of the primary bedroom, including in the bed the toddler shared with her parents.

The child's parents were identified as Evan Frostick, 26, and Madison Bernard, 23. Both of them are from Santa Rosa.

Frostick and Bernard face felony charges of cruelty to a child that is likely to produce great bodily injury or death.

Authorities said an autopsy and toxicology test will be conducted on the toddler later this week. Based on the results, authorities may seek additional charges.