PACIFICA, Calif. - A fierce battle over ticks on campus athletic fields in Pacifica has angry and frustrated parents claiming the pesky pests are putting children at risk for a deadly diseases, but school officials say there is absolutely no cause for alarm.

Some parents say the problem has become so pervasive on the fields at Ortega Elementary School that some out-of-town players have flatly refused to play soccer games there. The problem, they claim, has soccer coaches instructing parents about tick prevention, and parents routinely doing “tick checks” on their kids after every practice and game, often finding several ticks burrowed on their children. 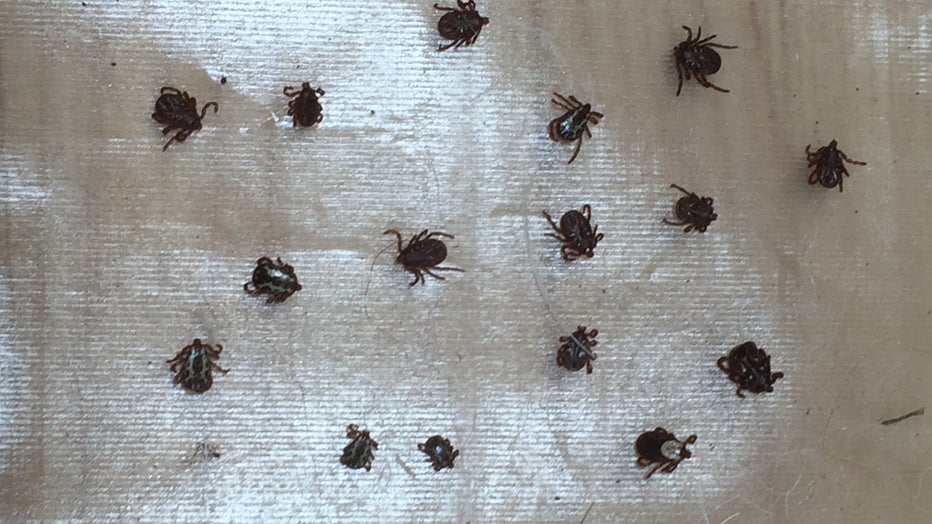 Ticks pulled off of a dog after visiting one of the Pacifica School District's fields.

“The worst thing for me is going home and taking ticks off my kids,” said parent Margaret Davis. “It’s absolutely disgusting.”

Some species of ticks carry Lyme disease, which is one of the fastest-growing infectious diseases in the United States and the most prevalent disease spread by mosquitoes, ticks, and fleas. More than 329,000 new cases are reported yearly nationwide, according to the Centers for Disease Control and Prevention.

“We are trying to understand why no action is being taken to protect our children in our community.  There is no cure for Lyme disease. No individual should have to risk lifelong neurological complications because they wanted to participate in a youth sport,’’ wrote parent Erin Pickett in a letter to Pacifica School District Superintendent Heather Olsen.

Fed up, Pickett, other parents and representatives with the American Youth Soccer Organization last month took their frustrations to the Pacifica School Board and to 2 Investigates.

Under California law, school districts must have in place an ‘Integrated Pest Management’ program to prevent pests long-term using non-chemical practices. Any pesticide use must be publicly posted at the site where spraying occurred and report it to the state.

Records show Pacifica has not treated any of its fields with pesticides since 2016. Under the Healthy School Act, which was approved by the California legislature two decades ago, the district could declare “emergency conditions” and get the green light to use pesticides to control ticks while protecting the health and safety of students.

“I realize there may be laws in place about treating a field with certain chemicals, specifically around school areas.  However, it seems like a no brainer that the risk-benefit ratio seems to be in favor of treating the fields,’’ Pickett wrote to the district.

Pickett said she is not comfortable with her children on the fields. “Right now I think (the school district) could be doing a lot more,’’ she said.

But Olsen said the district is doing all it can while balancing the health and safety of children.

“How we treat the environment matters,” Olsen said. “We want to take an effective but least-toxic way of dealing with things, so that’s kind of the framework that we look at.” 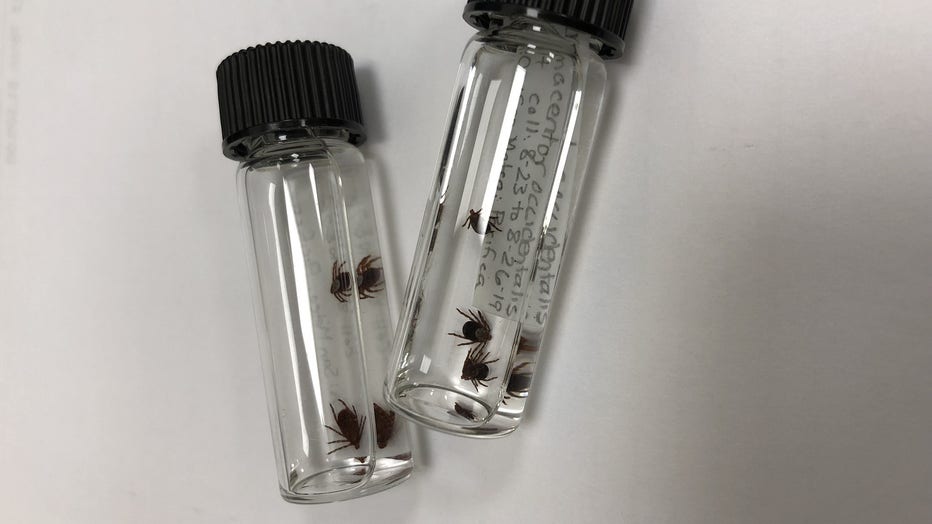 The result: one non-disease carrying tick was plucked from a fence line at Ortega. Several more were collected from brush and tall grass in areas adjacent to the fields, according to pictures provided by vector control. Tick-borne disease surveillance results from this past season were just released.

There’s also a $5 million plan to install synthetic turf on the Ortega field along with an 8-foot fence to keep tick-carrying wildlife at bay.

“We definitely feel we need to take precautions,” coach and parent Shannon Reynolds said. “I would hope that the school district would put the kids’ safety at the highest priority.”

In California, prime season for Lyme disease carrying ticks is April through October with cases reported in all but two of the state’s 58 counties, said Dr. Sunjya Schweig, who sits on the Bay Area Lyme Foundation’s Scientific Advisory Board.

“It’s really important to know that these ticks are prevalent,” Schweig said. “They are carrying the Lyme bacteria and that anytime we’re interfacing with nature, whether it’s running around on a field, whether it’s golfing, whether it’s horseback riding, camping, hiking (or) mountain biking, that there is a risk of exposure and we need to be aware.”

However, sometimes even a heightened awareness won’t ward off ticks, which can be the size of a poppy seed and difficult to spot on humans and pets.

In fact, 50% of people who contract Lyme Disease don't even know they've contracted the disease, which causes fever, fatigue, headaches and often a rash. The Bay Area Lyme Foundation offers these tips for avoiding tick bites.

“This is a real threat and it’s something I would never want a child to contract and deal with for the rest of their life,” Pickett said. “Especially if there are ways we can prevent it.”

Olsen said she understands that.

“We are very interested in students’ safety,” Olsen said. “We recognize how important these soccer fields are so when presented with information that lets us know that students are in danger, we will take the action that’s needed.”