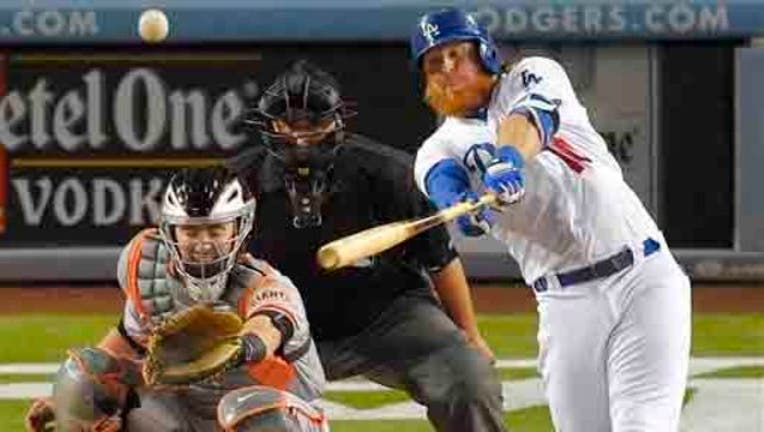 LOS ANGELES (AP) — Dodgers rookie Joc Pederson homered, doubled in a run and made a sparkling defensive play to deprive Angel Pagan of an RBI double, leading Los Angeles to an 8-3 victory over the San Francisco Giants on Monday night.

Pederson's homer came in the sixth inning against George Kontos, and pinch-hitter Justin Turner added a three-run shot in the eighth off Yusmeiro Petit.

Brett Anderson failed to go the required five innings for a win after his teammates staked him to a 4-0 lead through four. Carlos Frias (1-0) relieved with two outs in the fifth and was credited with his second major league victory after pitching 1 1-3 innings and retiring Justin Maxwell on a comebacker with the bases loaded to end the Giants' three-run fifth.