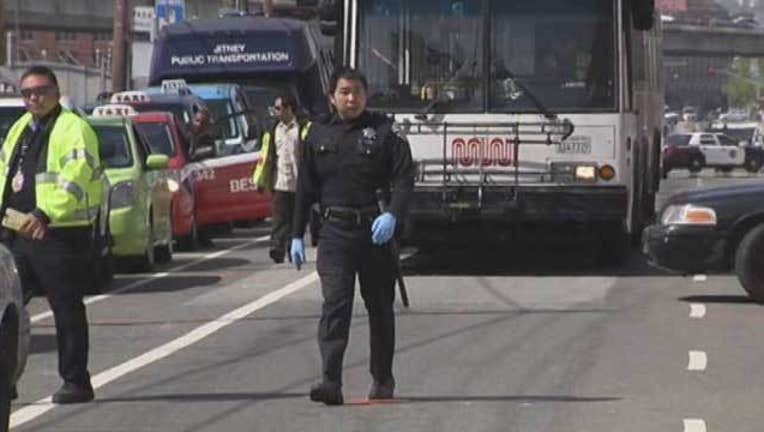 SAN FRANCISCO (KTVU and wires) -- A bus near the Caltrain station in San Francisco's South of Market neighborhood struck a pedestrian Friday morning, according to police and fire officials.

The 42-year-old male pedestrian was struck at the intersection of Fourth and King streets shortly after 10 a.m., according to San Francisco police spokeswoman Officer Grace Gatpandan.

Gatpandan said that the person who reported the collision said the pedestrian was struck by the bus and then "fell on the ground and was bleeding heavily."

According to Gatpandan, the bus is registered to a private bus company and the collision was not a hit-and-run.

Police said the intersection was subsequently closed and reopened to traffic about half an hour later.

Balestrieri said the pedestrian was transported to the hospital with injuries that are not considered life-threatening.

Police investigators are working to determine the cause of the collision, Gatpandan said.