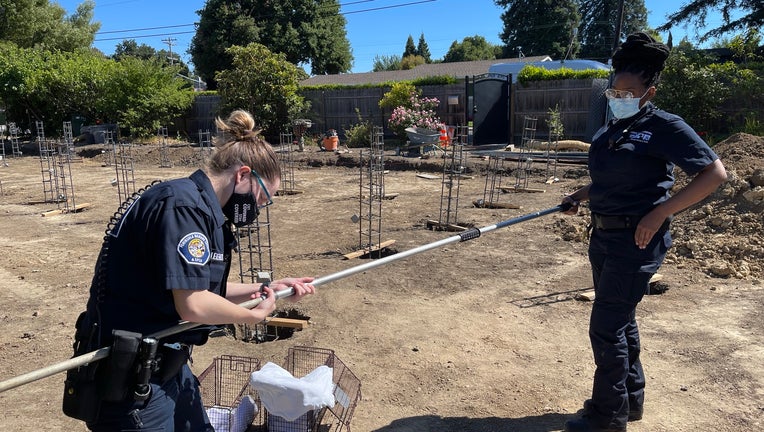 MENLO PARK, Calif. - Peninsula Humane Society & SPCA staff earlier this week rescued a family of skunks that fell into a deep hole at a construction site in Menlo Park.

Three skunks fell into the 14-foot-deep hole and were spotted by a worker on the construction site on Tuesday afternoon, according to PHS/SPCA spokeswoman Buffy Martin Tarbox.

Veterinary staff weren't able to reach the skunks by hand so extended a 12-foot catchpole to get the mother skunk and her two babies and pull them up to safety. 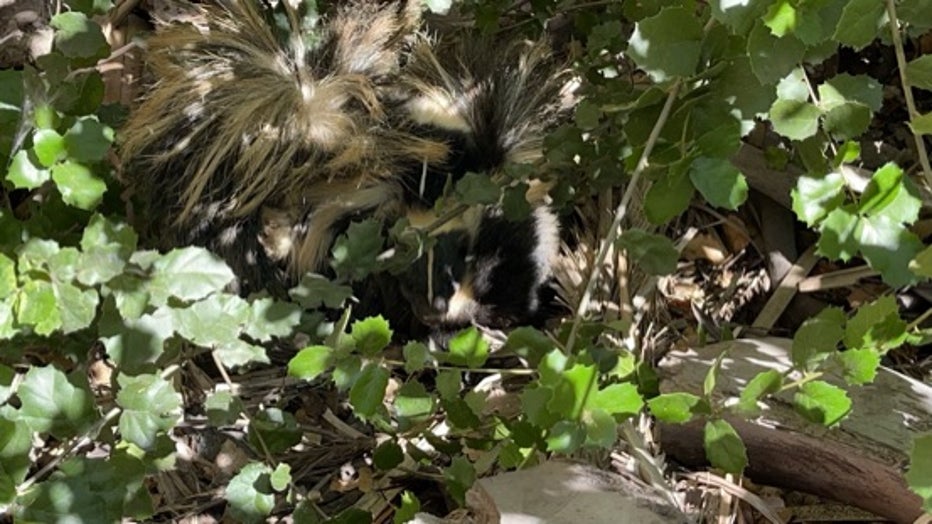 It took about an hour to get all three back up, and "one baby skunk was being stubborn," Tarbox said.

All three were put in crates and examined at the scene for possible injuries, then were released on the back side of the property after staff determined they were in good health.

Tarbox said, "Without human assistance to help them out of the hole, it is likely they would have perished. Despite being scared, none of the skunks sprayed our staff, and seemed grateful to have been safely rescued." 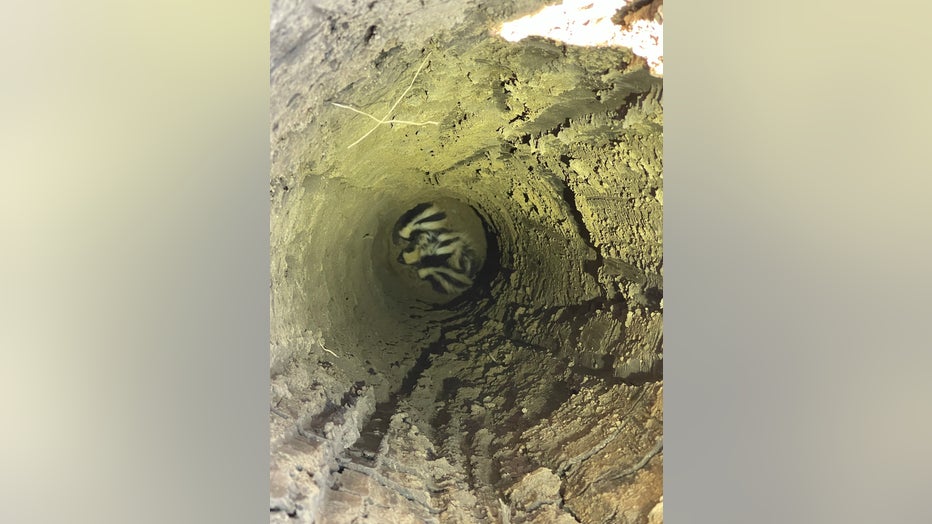