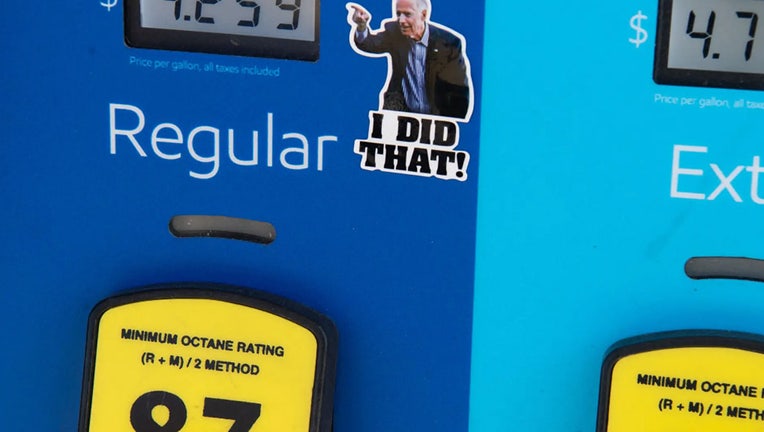 A gas pump displays current fuel prices, along with a sticker of President Joe Biden, at a gas station in Arlington, Virginia, on March 16, 2022. (Photo by SAUL LOEB/AFP via Getty Images)

A man was criminally charged last week following his arrest in Lancaster, Pennsylvania, after affixing satirical stickers of President Biden onto the gas pumps at a local Turkey Hill gas station.

Thomas Richard Glazewski of Manor Township was charged last week with a misdemeanor of resisting arrest, according to Lancaster Online. He was also charged with summary offenses of disorderly conduct, harassment and criminal mischief.

Glazewski screamed, "I did that. I did that. That's what I did," while pointing to the Biden stickers, according to footage posted on Facebook that recorded the March 31 arrest, which has been shared more than 3,000 times as of Monday.

Police tackled him in the parking lot of the gas station and he suffered from "self-inflicted injuries" that necessitated EMS to take him the hospital, according to charging documents.

A Turkey Hill employee told police that Glazewski sprayed the stickers with something to make them more difficult to remove, charging documents also said. 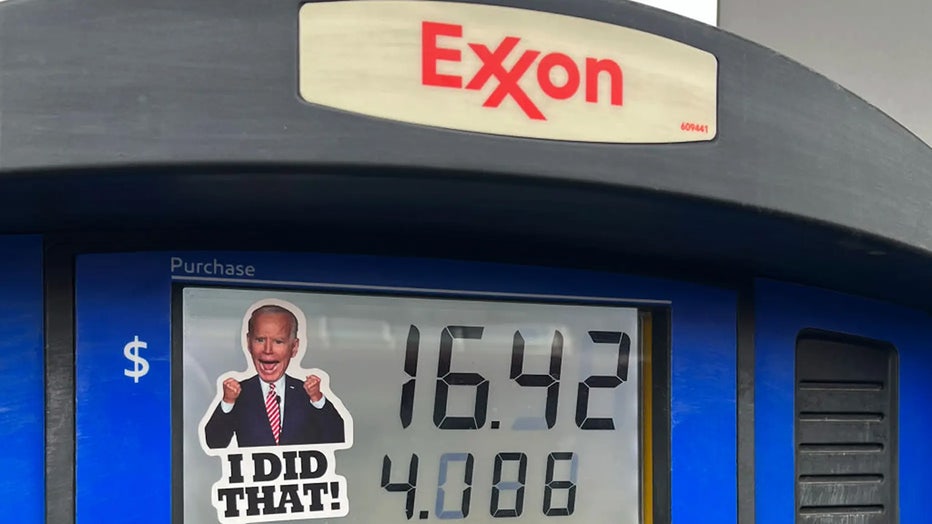 A sticker of President Joe Biden is placed on a gas pump at an Exxon Station on March 9, 2022, in Lakewood, Colorado. (RJ Sangosti/MediaNews Group/The Denver Post via Getty Images)

OIL EXECUTIVE SLAMS DEMOCRATS' ‘BLAME GAME’ ON GAS PRICES: THIS IS ‘WHAT THEY ASKED FOR’

Glazewski is scheduled for a preliminary hearing on April 26 before District Judge Brian Chudzik.

The stickers blaming Biden for skyrocketing gas prices have popped up at gas pumps nationwide. A 100-pack of such stickers runs from $10 to $13 on Amazon.

Javier Estrada Ovalles, who has been selling the stickers online and at his physical store in El Monte, California, said the requests for such stickers have risen from 20 or 30 orders per day to 80 order per day during the past month, according to Slate.