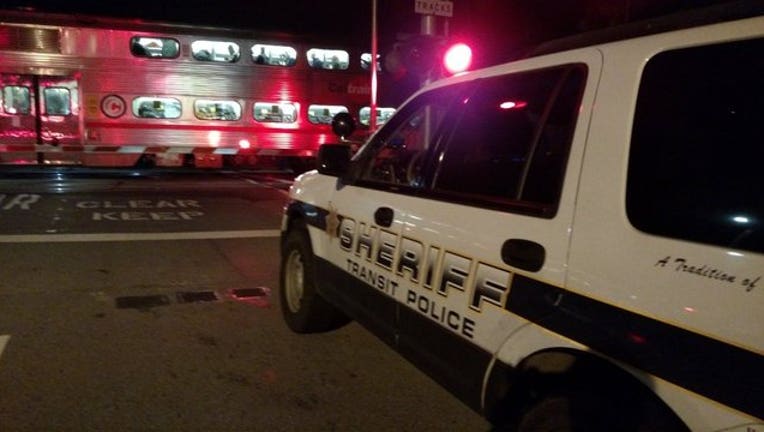 SAN MATEO, Calif. (KTVU) - A person on the train tracks was fatally struck by a commuter train in San Mateo Monday night, according to a Caltrans spokeswoman.

Southbound train No. 190 struck a person who was on the tracks illegally in the vicinity of 25th Avenue at 8:12 p.m., Caltrans spokeswoman Tasha Bartholomew said in an email.

Caltrain officials said the involved train is now a crime scene, and it cannot leave until cleared to do so by police.

Northbound train No. 193 will unload it's passengers, and Caltrain officials are establishing a bus bridge between Hayward Park and Belmont.

Passengers are being advised to expect lengthy delays.